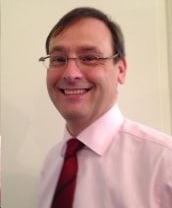 Secrett: no intention to compete for general crime work

A leading criminal defence set that set up an alternative business structure (ABS) last year has launched a military law practice that has clients being investigated by the Ministry of Defence-funded Iraq Historic Allegations Team (IHAT).

The ABS, 9 Jockeys Fields Limited (9JFL), was given its licence by the Solicitors Regulation Authority in August. Behind it is barristers’ chambers 9 Bedford Row. A director is Abbas Lakha QC, who represented Michael Abedowale, one of the killers of Drummer Lee Rigby.

9JFL, which trades as Tri Assistance Legal Services (TriALS), has as its head of legal practice 9 Bedford Row advocate Samantha Cohen and the sole solicitor is director Issy Hogg, also a solicitor-advocate, who specialises in military and civilian criminal law.

Fellow TriALS director Martin Secrett, who is also 9 Bedford Row’s chambers director, told Legal Futures that the ABS is “up and running” and has attracted clients in its own right.

Explaining its aims, he said: “It’s been set up for primarily for us to be able to offer a better, or a different, service to the armed forces.”

He continued: “Military law is something that we already do in chambers. It is not always necessarily work that comes to us with solicitors attached, so it is the type of work we do by direct access. But on occasions you need litigation support as well.”

Mr Secrett, who was a warrant officer in the Territorial Army for 18 years, stressed that the chambers did not intend to provide competition to its professional clients: “You certainly don’t want to bite the hand that feeds you, and we are very conscious that we are not looking at traditional crime or the traditional areas of where we get our work geographically or anything like that.

“I don’t see it necessarily as cutting out solicitors. I see it as the opportunity to actually be able to potentially complement solicitors and be able to help with conflicts, [and] for us to have the ability to offer work back to solicitors in a way that maybe as a traditional set we can’t do.”

He said that TriALS was a “very distinct and separate arm to the chambers’ normal business”, one “that does allow us to compete and look at the marketplace in a different way, and be able to tender for work which we would not necessarily have had the opportunity to do in the past.”

He pointed out that “the work that TriALS produces does not all, in terms of its advocacy, come necessarily to chambers… If a client makes a request for a particular barrister then that request is adhered to”.

He added that any ABS plans to expand to additional solicitors depended on “whether we pull in sufficient work which gives the need to have more than just [Ms Hogg] involved on the litigation front.”

But he said it was too soon to make any decisions: “It is very much in the early stages and therefore it would be foolish for us to run before we can walk. So I think it’s going to be a bedding-in period for at least another six to 12 months to see exactly how we go.”

The ABS’s website advertises a range of general crime services in addition to military law. It says it is assisting clients being investigated by IHAT and can also defend those subject to charges under the army’s military administrative disciplinary procedure known as AGAI 67.

According to the chambers’ website, the military law team at 9 Bedford Row defend and prosecute within the UK and overseas before courts martial, as well as representing service personnel before UK civilian courts. High profile cases have included defending a soldier accused of murdering an Iraqi civilian.