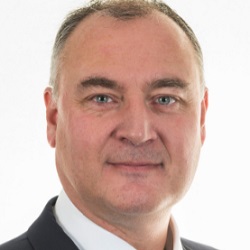 Davies: Huge opportunity for our business

A niche alternative business structure (ABS) owned by a global insurance giant plans to take its service advising large companies on self-insurance schemes to other countries in which its parent operates.

Strata Solicitors, founded in 2011, has doubled its staff since becoming one of the first ABSs in September 2012. Five years later it was bought by insurance, risk management and consulting provider Gallagher Bassett.

Gallagher Bassett, which manages claims in over 60 countries, is a division of the massive US-based insurer Gallagher, which operates from almost 1,000 offices around the world and has revenues of over $6bn (£4.3bn) just in the US.

One of the two founders of Strata, solicitor Paul Davies, has stayed on as a director. He told Legal Futures how the ABS had enabled the firm to bring non-lawyers into its management, as well as the sale of the business.

He described it as a business which “often forgets we are a law firm” and operates without a managing partner or traditional hierarchy.

He went on: “The huge opportunity for our business is to extend those legal services not only throughout the UK but into other jurisdictions and countries where Gallaher has a substantial footprint.”

Mr Davies was confident there was a market for “a really good value service” that could be replicated in other jurisdictions.

“We joined this big global group with a big footprint and we have the opportunity to spread it into those areas and not necessarily compete with the very large insurance legal practices, insurance companies, claims management companies and brokers – every one [of which] does what we do, and the UK market is quite saturated and price-driven.

“There are untapped markets elsewhere I think we can launch into. We’ve just got to choose the right locations, pick the right people and start that process off.”

Mr Davies said expanding the range of legal services was a priority: “Our current range isn’t very diverse and again that’s the opportunity within Gallaher; to grow a different type of service [and] expand our legal services range into other areas. There’s nothing stopping us doing that.

“As well as the international angle, that’s something we are looking at; to bring in different types of lawyers with different skillsets and knowledge to widen our service offering.”

Being part of a global company had been a massive advantage, he said, because its market presence guaranteed the firm was “knocking on fairly open doors” and had automatic credibility with large companies.

“Being backed by such a large global business has given us opportunities we’d never have as a small legal business,” he observed.