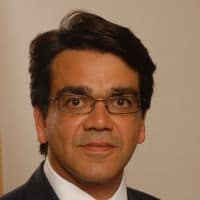 The barrister who defended one of the killers of Drummer Lee Rigby is involved in setting up an alternative business structure (ABS) with another member of his chambers and two senior staff.

Abbas Lakha QC of 9 Bedford Row, who represented Michael Abedowale, is one of five directors of 9 Jockeys Fields Limited. The ABS is also known as 9JFL and trades as Tri Assistance Legal Services.

The licence was granted by the Solicitors Regulation Authority on 14 August, effective from 1 September. Jockey’s Fields is the road parallel to Bedford Row, along the western edge of Gray’s Inn.

The other directors include fellow 9 Bedford Row criminal law barrister John King, as well as the chambers’ director, Martin Secrett. Chambers administrator Julian Bradley is the ABS’s head of finance and administration and also company secretary.

The fourth director and ABS’s head of legal practice is criminal law solicitor is Issy Hogg, who specialises in fraud and military law, but also acts across the full range of criminal case law, according to her LinkedIn profile. The final director is named as Brian Craig.

As well as acting for Abedowale, Mr Lakha has represented a number of defendants in high-profile terrorism cases, including those alleged to be members of Al Qaida, an Algerian accused of being part of the Ricin terror plot, and one of the Afghan hijackers who was prosecuted after the longest-ever hostage siege, at Stansted Airport.

In February Liverpool-based 7 Harrington Street Chambers launched what was thought to be the first ABS attached to a barristers’ chambers, while City of London chambers 5 St Andrew’s Hill did the same in September.

Meanwhile, Hunter Price Kahn, a start-up ABS aiming at SME business clients, has launched in London. Its head of legal practice is commercial litigation specialist solicitor Arshad Mahmood, who was admitted in 2008.

Along with Mr Mahmood, who is also sole principal of Manchester firm Taylor Price Solicitors, the other director of Hunter Price Kahn Ltd is Irish businessman Richard Phelan. A spokesman for the firm said the ABS hoped to open an office in Dublin, in due course.