What do the whiplash reforms mean for children? 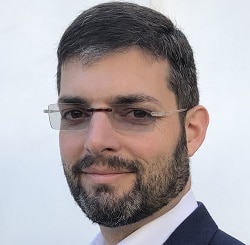 One of the main reasons that the government has created the Civil Liability Bill, which is currently going through Parliament, is to curb fraudulent claims for whiplash and other injuries.

An element which seems to be flying mostly under the radar is the effect this will have on children. Minors in particular are unlikely to be involved in dishonest claims, and at the same time are undoubtedly in need of legal assistance after an accident more than your average claimant.

Last month, after a heated debate in the House of Lords, peers voted down a bid to stop the Ministry of Justice increasing the small claims limit to £5,000 for RTAs, and £2,000 for all other personal injury claims, a stance the ministry has maintained this week in response to the justice select committee’s report on this issue.

For claims under this amount going forward, individuals will struggle to find law firms willing to take on their claims, and will need to use the new online portal to manage their own case, becoming litigants in person who have to navigate the process alone.

Currently, when a child is involved in an accident, their claim must be conducted by a litigation friend, usually a parent or guardian. In addition, settlements have to be approved by a judge at court, supported by an expert opinion on the value.

National law firm Thompsons argues that, if these reforms pass as they stand, it will rarely be obvious that a claim is worth more than £5,000 at the outset, making it almost impossible for minors to find legal support.

In addition, children are often involved in claims which are more complex than those of adults, and need more expert advice, which is now going to be difficult for them to obtain.

The law firm’s response maintains that “it seems extraordinary that the government would make these proposals without adequately or at all considering how they will impact on the most vulnerable in society”.

All of these factors add cost and complexity to the process, as well as an appearance before a judge. The litigation friend can apply to the judge for costs ‘reasonably’ incurred, to be paid either by the defendant or out of the child’s damages, but it is at the judge’s discretion whether to do so.

As it stands, however, this person would not be guaranteed to recover their charges or expenses if a judge decides that no costs are to be deducted from their final settlement.

It’s important to consider the reality that many people would not want to take on this responsibility and risk, and minors may be left underrepresented and confused by the process.

Baroness Hayter, former chair of the Legal Services Consumer Panel has argued in Parliament for those most vulnerable, saying that these factors would stop a large amount of people who have genuine claims and need the support most from accessing legal help.

“Denying legal advice undermines the commonly held view – I thought it was commonly held – that justice should be open to all,” she said.

The Ministry of Justice has conceded that it is considering making vulnerable road users, such as cyclists and pedestrians, exempt from the claims rise. However, Baroness Hayter ultimately failed with her amendment to restrict increasing the claims limit, by 169 votes to 183. This leaves the fate of children under the new rules uncertain.

Law firms need to find opportunities to review their service model, and ensure they thrive under the conditions of the reforms. It is also essential that they can continue to support those in need of legal advice, especially where they will struggle to navigate the system alone.

We believe that self-service technology can be utilised by anyone who wants to support a claimant, including litigation friends, to enable them to support children and other vulnerable individuals, for example those suffering with mental illness.

Law firms can offer this kind of technology with no strings attached, streamlining the process of claiming for an accident, saving on the cost of low-level tasks, and yet adding their own expertise as a value add where necessary.

Technology like this would allow firms to remain profitable after the reforms pass next year, at the same time as supporting those most vulnerable at the exact time they need it the most.

The reforms and what they mean for the PI sector will be debated at our PI Futures conference on 18 September in Liverpool. Early bird tickets are only available until Friday. Click here for all the details.