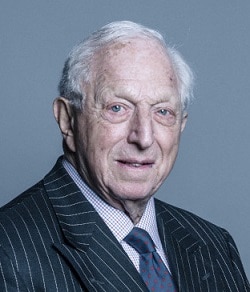 The government yesterday fought off efforts in the House of Lords led by former Lord Chief Justice Lord Woolf to remove the new compensation tariff that will govern whiplash injuries, although it has agreed that the Lord Chancellor should consult the Lord Chief Justice when setting it, in one of a series of relatively minor concessions.

Peers also voted down a bid to stop the Ministry of Justice (MoJ) increasing the small claims limit to £5,000 for road traffic injuries and £2,000 for all other personal injuries.

However, justice spokesman Lord Keen of Elie told the House of Lords that the MoJ was considering whether to exempt vulnerable road users – such as pedestrians and cyclists – from the small claims rise, as it already has from the whiplash reforms.

In another concession, Lord Keen said the MoJ was looking at requiring insurance companies to issue reports on how they have passed on savings made from the reforms to consumers.

The report stage of the Civil Liability Bill was dominated by an amendment spoken to by Lord Woolf that would remove the tariff altogether.

Lord Woolf argued that it was inappropriate for the government to usurp what should be a judicial task of assessing damages.

“I question whether the Lord Chancellor should be given the power he now seeks, and whether the department is qualified to perform this task. I challenge the validity of the statement that the [Judicial College] guidelines are too high,” he declared.

The architect of the Civil Procedure Rules said the tariff was being introduced “before other steps have been taken or had time to demonstrate their worth”.

He continued: “It offends an important principle of justice, because it reduces the damages that will be received by an honest litigant because of the activities of dishonest litigants…

“Even when the amount involved appears to be modest, claimants are entitled to have the damages to which they would normally be entitled. To deprive them of this involves discrimination against legitimate claimants, irrespective of their means.

“The consequence is that they do not receive the compensation to which they would be entitled if the same pain or suffering was not caused by whiplash. This is not what a system of justice should do. Simply, it is unjust to do this.”

Another former Lord Chief Justice, Lord Judge, supported him. While accepting that “the reality” of a “huge number” of fraudulent whiplash claims, he said: “What I cannot accept is a solution which means that a dishonest claim is handled in exactly the same way as an honest one… That is simply not justice.

“I respectfully suggest to the House that some form of judicial involvement in the fixing of the tariff for whiplash injuries is essential.”

He put forward the amendment that “the very least that should be provided is that the Lord Chief Justice of the day should be consulted about the level of the tariff”.

Lord Judge said: “Of course he will take advice and make whatever recommendations he thinks right, and the ultimate decision will be for the Lord Chancellor, but it is fair to say that it would hardly be wise for a Lord Chancellor simply to take the judicial expertise on board, say that he has considered it, and then ignore it.”

Conservative Baroness Berridge said that, during her time at the Bar, “I have met many a claimant for whom the difference in damages now proposed by the introduction of the tariff… is a significant matter for many people’s incomes up and down this country. I cannot have it portrayed that this might not make a great deal of difference to many ordinary people in the country”.

She continued: “Could the insurance companies not be asked to use perhaps a fraction of [their] profits to fight the fraud before genuine claimants have to be affected by such a policy decision?”

However, other lawyers disagreed with the point of principle argued for by Lord Woolf. Former Supreme Court judge Lord Brown of Eaton-under-Heywood said he was “reluctantly persuaded that this provision is justified: it is surely intolerable that we are known as the whiplash capital of the world, so I have concluded that it is open to government, as a matter of policy, to seek to deter dishonest claims in this way”.

Former Conservative justice minister Lord Faulks QC suggested that one of the problems of leaving damages to the judges was that they rarely saw cases of this nature: “This is the murky world of grubby claims preyed on by a number of parasitic organisations which have created an industry.”

In response, Lord Keen pointed to the contribution by former Conservative Lord Chancellor Lord Mackay, who said the assessment of damages for pain, suffering and loss of amenity was essentially “a jury question”.

Lord Keen said: “Whether you give it to a judge or a jury is neither here nor there; it is essentially a jury question and it always has been…

“We believe that those levels are fair and proportionate to genuine claimants but should work to disincentivise unmeritorious claims and reduce the cost to the consumer.

“I emphasise that we are dealing with claims where pain and suffering and loss of amenity has a duration of less than 24 months. We are not dealing with major, catastrophic personal injury.

“I suggest that that is a carefully targeted approach to deal with a specific and enduring problem. It is not a widespread challenge to the judicial role under the common law with regard to damages; it is focused.”

Lord Keen highlighted a government amendment that required that a review of the tariff must be undertaken no later than three years after the date it first comes into force and every three years thereafter.

He said Lord Judge’s amendment was “helpful” and that the government would bring forward its own amendment at third reading to add this to the bill.

Peers voted by 218 to 205 against Lord Woolf’s amendment.

The other vote was on the amendment spoken to by Labour shadow consumer minister Baroness Hayter – former chair of the Legal Services Consumer Panel – that would restrict increasing the limit from £1,000 to £1,500, and only if justified on the basis of the retail prices index since 1999. It could then only increase in £500 instalments on the basis of the index.

She said removing legal help from “a swathe of people with genuine personal injury claims… is not simply unnecessary but wrong”.

Given the amounts at stake, “paying privately for advice would never make economic sense” in the small claims court.

“Denying legal advice undermines the commonly held view – I thought it was commonly held – that justice should be open to all and not just to those able to pay.

Labour’s Lord Bassam added: “I have no doubt that most of us privileged enough to sit in this House, or in the other place, have little fear of taking on those in authority and power—some of us rather enjoy it.

“That is not the case if you are a nurse or a teacher, a farm or shop worker, or you work in a factory and have limited spare time, financial resources and ability to tackle issues of personal injury.”

Lord Judge intervened to highlight the recent report of the justice select committee, which came out strongly against the small claims increase.

But Lord Keen said: “Whiplash claims are generally straightforward and do not routinely require legal advice. The small claims track is suitable for such claims.

“It is designed to be accessible to litigants in person, and the government are working closely with stakeholders to develop a comprehensive package of guidance and support for users.

“The government have chosen to increase the small claims limit for road traffic accident personal injury claims to £5,000 for good reason…

“[It] will facilitate early and expedited settlement under the proposed tariff structure and will encourage insurers to challenge unmeritorious claims, many of which are not now challenged because of the potential legal costs.”

Pushed to a vote, Baroness Hayter’s amendment failed by 169 votes to 183.

However, Lord Keen said the MoJ was giving “further consideration” to the proposal that vulnerable road users be exempted from the £5,000 limit.

On insurance premiums, Lord Keen said the government was confident that “the highly competitive nature of the motor insurance sector will mean that insurers have little or no choice but to pass on savings to consumers or risk being priced out of the market”.

However, in the wake of pressure from peers, he said the MoJ would develop an amendment, to be tabled in the House of Commons, that “provides an effective means for reporting on the public commitment made by the insurance sector, showing that it results in savings being passed on to consumers and thereby holds insurers to account”.