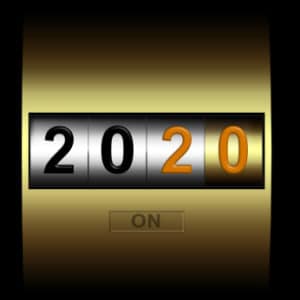 Implementation of the government’s whiplash reforms is to be delayed by a year to April 2020, the Ministry of Justice (MoJ) has announced.

It proposes that the new portal for RTA claims will be ready for “large-scale testing” by October 2019.

The news came in its response to May’s justice select committee’s report on the small claims limit, which called for such a delay in the event that the MoJ did not accept its recommendations to increase the small claims limit to only £1,500, rather than £5,000 for RTA claims and £2,000 for all other personal injury cases.

The MoJ described the £2,000 as being in line with the retail prices index, which it said was more appropriate than the committee’s use of the consumer prices index as it was the index used to update damage awards in the Judicial College Guidelines.

The £5,000 figure, meanwhile, was “proportionate” as it “will facilitate early and expedited settlement under the proposed tariff structure, and will encourage insurers to challenge unmeritorious claims”.

It added: “Leaving more claims in the fast-track is unlikely to result in claimants receiving better settlements or increased compensation.”

On timing, the MoJ said: “The government is acutely aware that the proposed approach will fundamentally transform how whiplash claims are handled and that any concerns around access to justice have to be addressed promptly.

“There will need to be extensive user testing in order to ensure that the system is easy to use for all user groups and that the guidance is clear. We agree with the committee and our stakeholders that it is crucial that these reforms and the implementation of the online platform is done right rather than quickly.

“This is why the government is now proposing for the platform to be ready for large-scale testing by October 2019 with the view to implementing the whiplash measures, including the rise in the small claims limit to £5,000, fully in April 2020.”

The MoJ said it would also ensure that there would be an ‘assisted digital’ route so that users who were “digitally disenfranchised” would be able to submit their claims.

It added: “We would like to reassure the committee that employer liability and public liability claims will not be in scope of the new online platform.”

In April, we reported that David Bott, one of the solicitors working with the MoJ on the new limit, said he was operating on the assumption that the reforms would not happen until October 2019 at the earliest.

The response also predicted that claimant lawyers would adapt to the reforms. Whilst not making a formal recommendation, the committee expressed concern about the impact of these reforms on the PI legal sector.

The MoJ said: “Following the implementation of [LASPO], there is no hard evidence of wholesale job losses in the sector. Although the government expects that some consolidation in the sector can be seen in the future, the PI legal sector has consistently shown itself to be both innovative and adaptable to when faced with changing markets.

“We expect lawyers to continue to adapt and be fully capable of providing cost-effective services to genuinely injured claimants following the implementation of these reforms.”

Such other concessions as the response listed have already been announced: an upcoming amendment to the Civil Liability Bill that provides “an effective means for reporting on the public commitment made by the insurance sector to pass on to consumers savings made by these reforms”; and considering again to what extent vulnerable road users – such as pedestrians and cyclists – should be subject to the reforms.

The MoJ said that its response to the second part of the whiplash consultation – dealing with issues such as credit hire and rehabilitation – would be published “shortly”.

The reforms and their impact will be debated in detail at our PI Futures conference on 18 September in Liverpool. Click here for all the programme and early bird tickets.