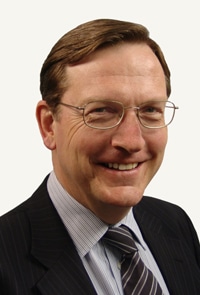 The 31 March deadline for law firms to nominate their new compliance officers is to be pushed back as a result of the continuing practising certificate (PC) renewal problems at the Solicitors Regulation Authority (SRA).

The 2011 keeping of the roll exercise for those without PCs will be similarly delayed. The SRA has not yet released the new dates but said it will do so this week.

Asked whether this meant the 31 March closing date for COLP and COFA nominations will also be put back, an SRA spokesman told Legal Futures: “We are mindful of the need for firms to have sufficient time to complete the process and our deadline date will take this into account. We will inform the profession of this date as soon as we have confirmation.”

Meanwhile, the SRA and Law Society have unveiled the membership of the new joint board which will monitor the relationship between the regulator and the representative body by overseeing the delivery of shared services to both bodies, and advise the Law Society council on oversight of the SRA.

The business and oversight board, which meets today for the first time, is a central feature of the society’s new internal governance arrangements. Shortly before Christmas, the Legal Services Board (LSB) said that while these arrangements are “potentially capable of delivering compliance” with the LSB’s internal governance rules, they are also “untested, unimplemented and relatively complex”.

As a result, the LSB refused to certify that they will deliver independent regulation and activated statutory powers that require the Law Society to provide information on how the arrangements are working on a monthly basis.

The board is chaired by Law Society treasurer Andrew Caplen and SRA board member Graham Chisnall. Each body has a further three members on the board, while three external members have been appointed.

They are Michael Blacker, former head of legal and company secretary at AMEC plc; Laura Carstensen, ex-deputy chair of Competition Commission and a former partner at City firm Slaughter and May; and David Fisher, chief executive of Sainsbury’s Bank

The Law Society representatives are president John Wotton, council member and former president Robert Heslett and chief executive Des Hudson. On the SRA’s side are chairman Charles Plant, chief executive Antony Townsend and board member Shamit Saggar, who was chairman of the Legal Complaints Service.

Mr Wotton said: “The new board will underpin the working relationship between the Law Society and the SRA, while retaining the SRA’s operational independence. It is pleasing that we have been able to attract such able members, which promises an effective fulfilment of the board’s role.”

See blog: Tea and sympathy for the SRA?