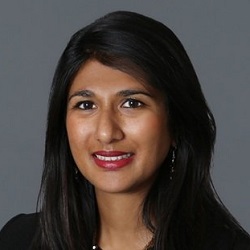 Big City law firms should take into account in their balance sheet the cost of losing good people ‘by the back door’ by focusing so heavily on earnings ‘through the front door’ such as billable hours, a high-level discussion was told last week.

The drain of talented young female lawyers after being trained at great expense to in-house practice could be stemmed if firms focused more on nurturing their careers, a number of senior lawyers said.

On a panel after the Fiona Woolf lecture on the gender pay gap in the law, Clifford Chance partner David Harkness said City law firms should reward “inclusive teams” of lawyers, in part to stop home-grown talent from wanting to leave, necessitating costly recruitment.

Though women were joining Clifford Chance in equal numbers to men, they were then often leaving two or three years after qualification. “That’s a huge cost [which] if we could address it would make a material difference to the business.”

It was the same for all law firms, he argued. But it was a business factor that was not generally “sufficiently taken into account when working out how to deal with gender issues”.

He continued: “Lots of our clients are actually other female lawyers and they will give their work, if they don’t like the make-up of the teams they are being offered, to the firms that are able to offer them an inclusive team.”

Part of the answer was to reward people for having inclusive teams, “rather than punishing them if they haven’t”, he said.

There was a queue of “the best and the brightest stars in the legal firmament” to join City law firms, yet the profession tolerated an attrition rate far beyond other sectors.

The “big elephant in the room” was the fact that “the chargeable hours culture and income generation seem to trump everything”. It said “nothing for the business model of the profession that we lose the best and the brightest lawyers [who] were so keen to join initially”.

Fatema Orjela, a private equity partner at US firm Sidley Austin, observed that it was cheaper to tempt talented women lawyers who had left due to a culture of having to meet billing target to return, rather than competing for lateral hires in “an existing… in-demand market”.

It was essential, she said, that firms “understand the economic value of having diversity within the management body and throughout the [employment] chain”.

In her keynote address to the event, Freshfields senior partner Georgia Dawson said a key solution was to abolish billable hours and recognise “outputs, not just inputs”. This meant fully appreciating the value of ‘soft skills’ such as good management.

Mr Harkness, a member of Clifford Chance’s management committee, is the grandson of a suffragist, the predecessor movement to the suffragettes that believed in peaceful and constitutional methods in pursuing the vote for women.