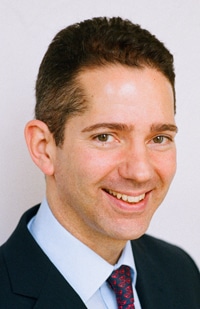 The RTA portal will be extended to claims worth up to £25,000 in April 2013, the Ministry of Justice (MoJ) has confirmed as it began the process of reducing the level of fees paid to claimant lawyers under it.

The planned expansion of the portal to include employers’ and public liability cases will not happen before April 2013 “at the earliest”, an MoJ spokesman added.

Among the other changes mooted in the MoJ’s recent response to the Solving disputes in the county courts consultation – which was criticised for being light on detail and a timetable – new rules on enforcement will come in this October, while expansion of the small claims mediation service is “unlikely” before April 2013.

The changes to legal aid and civil costs contained in the Legal Aid, Sentencing and Punishment of Offenders Bill are also due to come into force in April 2013.

In a letter sent yesterday to stakeholders, justice minister Jonathan Djanogly said the review of fees was prompted by the plans to extend the portal, the referral fee ban and the Jackson reforms. At the recent Number 10 insurance summit, Prime Minister David Cameron confirmed that the portal fees would go down as a result.

Mr Djanogly said he was writing to get input on “what an appropriate level of revised costs would be”, and whether and how the current scheme needs to be amended to cover public and employers’ liability.

Among the specific questions he asked were the reasons why claims have exited the RTA scheme and any ways this might be addressed, and what types of employers’ and public liability claims lend themselves to a standardised and streamlined process.

He added: “Because of the specialist nature of the information I am seeking, and because we have recently conducted a full consultation on some of these issues, I have decided not to conduct a full public consultation.”