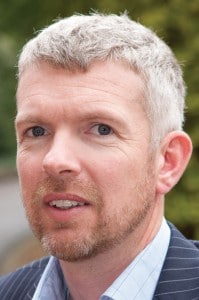 The government’s plans to reform the county courts have attracted criticism from both claimant and defendant lawyers as well as costs specialists – albeit for different reasons.

A range of changes was unveiled yesterday, including extending the road traffic accident (RTA) portal to higher value cases as well as employers’ and public liability, subject to a full evaluation of the first two years of the portal’s operation. Fixed fees will also become more widespread.

However, while insurance interests backed the direction of travel, Kate Lotts, head of policy development at leading defendant firm Weightmans, said the announcement was “frustratingly silent on specific detail”.

She continued: “This is thematic across the board for civil litigation reform; as the Legal Aid, Sentencing and Punishment of Offenders Bill grinds through the parliamentary process, policy decisions and implementation rules are missing.

“The reform journey is moving forwards but for defendants faced with a steady drip feed of announcements on it, the need for clarity as to the bigger picture and how the claims process will be affected is becoming ever more pressing.”

David Bott, president of the Association of Personal Injury Lawyers, welcomed the intention to consult further, but said that extending the portal would tilt the playing field further away from injured people given that it “still has serious technical and administrative flaws”.

He added: “It is critical that the government fully considers the combined impact of proposed changes to the ‘no win, no fee’ system,

the proposed end of legal aid, the introduction of alternative business structures and other planned reforms on injured people.

“The government must avoid over-focusing on needlework and forgetting the full tapestry. Too much change, too quickly, would be reckless.”

For Iain Stark, chairman of the Association of Costs Lawyers, the portal will need to be changed significantly to deal with bigger claims where psychological injuries may need to be considered. The level of costs will also have to rise for the bigger cases: it would not be possible for “true professionals” to handle a claim worth £25,000 for the fees currently paid under the portal but the government has so far made no reference to fee levels.

“What the government seems to be forgetting is that personal injury and clinical negligence work is highly skilled litigation currently attracting hourly fees of around £200 per hour. The reforms will result in skilled practitioners refusing fixed-fee work, leaving consumers in the hands of trainees and inexperienced solicitors. Where is the justice in that?”

He said the impact would be a “sausage factory approach with one senior litigator overseeing work carried out by inexperienced staff” and an increase in litigants in person, “which will be a disaster in this specialist area”.

Andrew Dismore, co-ordinator of the Access to Justice Group, described the government paper as a damp squib. “The government should have come clean and given some clear indications, especially on proposed implementation timescales, if this is not headed for the long grass.”

Francesca Kaye, vice-president of the London Solicitors Litigation Association said the government needed to commit the necessary funding to the proposed expansion of the county court “to enable the intended increased access to justice to be realised”.