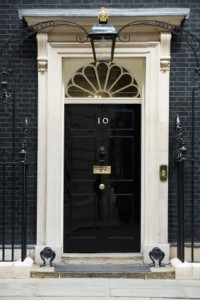 The outcome of yesterday’s high-profile Downing Street insurance summit appears to have put paid to any hopes among claimant lawyers that there is a compromise to be reached over the Jackson reforms.

Insurers at the summit – chaired by Prime Minister David Cameron – committed to reduce premiums to reflect “any reductions in legal costs” created by the Jackson reforms, as well as the referral fee ban and extension of the RTA claims process to cover employers’ and public liability cases.

Last week it emerged that the Association of Personal Injury Lawyers was putting together a compromise on Jackson that it would take to the government and insurance industry, but in advance of yesterday’s summit, the government highlighted the importance of implementing the Jackson reforms “in full”.

Insurers also said they would pass savings onto customers resulting from the government’s commitment to reduce the current £1,200 fee that lawyers earn from RTA portal cases. This will “help bring down the legal cost of many cases and deter the speculative health and safety claims being made”, Number 10 said in a statement.

The government and insurance industry further agreed to work toge

ther to identify “effective ways to reduce the number and cost of whiplash claims”. Options include improved medical evidence, technological breakthroughs, the threshold for claims or the speed of accidents. “Progress on this will be made in the coming months,” said Number 10.

Other measures include insurers, at the point of sale, setting out what SMEs need to do to comply with health and safety law, and making more use of ‘telematics’, which monitors driving behaviour, giving young drivers the chance of affordable car insurance by adopting safer driving.

As well as Mr Cameron, transport secretary Justine Greening, justice minister Nick Herbert and Cabinet Office minister Oliver Letwin attended the summit. On the other side of the table were Otto Thoresen, director-general of the Association of British Insurers, together with representatives of Admiral, Aviva, Axa, Co-operative Insurance, RBS Insurance and Zurich.

Also present were the British Chamber of Commerce, the CBI, the Federation of Small Business, the Health and Safety Executive and Uswitch. No groups representing claimants were present, a decision criticised by the Law Society.

Claimant lawyers attacked the possibility of setting a minimum speed below which whiplash claims will not be allowed.

Donna Scully, chairwoman of the Motor Accident Solicitors Society, said: “Whiplash and other associated soft tissue injuries are very real for thousands of innocent accident victims and their rights to justice must not be ignored.

“The increase in whiplash claims is as much about insurers rushing to settle claims before they have seen medical reports as it is fraud… Imposing a catch-all minimum speed limit for whiplash cases is simply the wrong approach. There is strong medical evidence that very slow accidents can, in certain circumstances, cause serious injury.”