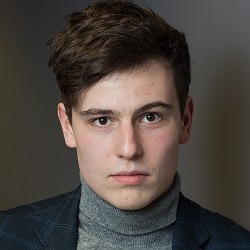 Maruscak: Initial focus on US

Legal Futures understands that the split happened in April, while the three were still studying law, but a confidentiality agreement prevents any of the details being discussed.

Mr Maruscak said CourtQuant, launched this week, was based on the technology behind CaseCrunch, but was more sophisticated.

He said CourtQuant could not only tell a litigant how likely they were to win a case, but how that likelihood might change if the lawyer involved changed.

It could also take into account how the likelihood changed with a different judge or different opposing lawyers.

Along with its outcome prediction function, CourtQuant offers lawyer selection, allowing clients to find the most lawyer most likely to win their case, and customised automation, helping clients use their data to automate legal and insurance work.

CourtQuant claimed that, by developing new AI technology, it had “achieved the highest known accuracy scores for predicting court outcomes for hundreds of courts in the world”.

Mr Maruscak said the focus was currently on the US, because of the quantity of data and potential clients, but he was confident that CourtQuant could achieve an accuracy rate of 80% to 90% if applied to the English courts.

He said CourtQuant was currently based in London and already had a few clients. He is the chief executive of the company and Mr Bull the chief technology officer.

“I am very proud of what we achieved over the last two years. Starting as a student start-up, we have grown into a company with clients from several countries. Every additional system we build confirms our vision: the law has a transparency problem and AI will help us solve it.”

Mr Bull added: “Over the last two years, we have invested heavily in research and development to build our systems.

“Through independent and collaborative research both at the University of Cambridge and abroad, we have revolutionised legal prediction software by bringing together state-of-the-art AI and the study of law.”

Ms Agliolo said CaseCrunch was expanding overseas and finalising a partnership with one of the best known software and data security companies in Brazil, while maintaining a “foothold” in the UK market.

“The reasoning behind the international expansion is twofold,” she said. “First, the costs of operating secure servers and hiring developers is more competitive abroad and second, the international market has numerous opportunities.

“We maintain a foothold in the UK market. For now, CaseCrunch is launching a project in Brazil, a country with around 100 million pending lawsuits, ripe for the application of predictive analytics. No other country has a litigation culture quite as prolific.”