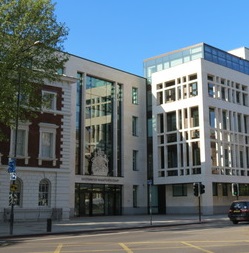 Three judges and six other lawyers arrested over an alleged plot to scam £12.6m from the legal aid system have appeared in court.

Gazi Khan stood up and claimed the case was a “racist witch hunt”, adding: “It will all come out.”

Prosecutor Joe Bird told Westminster Magistrates’ Court earlier this week: “They are all linked together – different firms, different costs but there’s a common thread between them.

“The claims were for work not done or grossly inflated. They suggested the work had taken far longer than it did. It all came to light after the claims were queried.”

Ms Maciel and Mr Ghaffar, both of South Woodford, Mr Shah, of Windsor, Berkshire, and Mr Ameyaw-Kyeremeh, of Croydon, all deny one count of conspiracy to commit an offence of fraud by false representation.

Ms Bashir, of Slough, faces one count of fraud by false representation and appeared in court separately.

All were bailed and will appear at Southwark Crown Court for a plea and trial preparation hearing on 14 August.