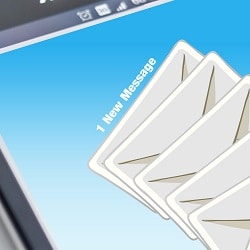 A solicitor’s automated email sign-off sufficed as a ‘signature’ for the purposes of a contract involving the disposition of an interest in land, the High Court has ruled.

His Honour Judge Pearce said it indicated “a clear intention” to authenticate or to sign the agreement.

In Neocleous & Anor v Rees [2019] EWHC 2462 (Ch), the claimant sought specific performance of an alleged contract of compromise involving the disposition of an interest in land.

The defendant argued that it failed to comply with the formalities laid down by section 2 of the Law of Property (Miscellaneous Provisions) Act 1989 because it was not signed by or on behalf the defendant.

The purported signature of the solicitor on behalf of the defendant was by the “automatic” generation of his name, occupation, role and contact details at the foot of an email.

No agreement or consent order was actually signed and though an upcoming hearing was vacated, eventually the defendant requested that the case be relisted. The claimant then sought specific performance.

The defendant argued that to be signed, there had to be a handwritten name, or at least a facsimile of one.

His Honour Judge Pearce in Manchester noted that there was “an unattractive aspect” to the defendant’s position. “As Mr Tear [her solicitor] readily accepted in cross-examination, his client had given him instructions to accept the offer.

“On the face of it, the defendant’s position appears to involve using a serendipitous technical defect in formality to renege upon a deal reached during the course of litigation where the apparent agreement led to a court hearing being vacated on the assumption that the case had been settled.”

But the issue before the court was one of principle that appeared not to have been considered by the courts before, the judge acknowledged.

He said the defendant’s argument depended on what the word ‘signed’ meant to the ordinary person.

“Many an ‘ordinary person’ would consider that what is produced when one stores a name in the Microsoft Outlook ‘Signature’ function with the intent that it is automatically posted on the bottom of every email is indeed a ‘signature’.”

The judge said the “sounder guide” to whether it was in fact a signature was the test identified by His Honour Judge Pelling QC in J Pereira Fernandes v Mehta [2016] 1 WLR 1543 and adopted by the Law Commission in its recent report on the electronic execution of documents, namely whether the name was applied with “authenticating intent”.

The defendant highlighted that the footer was created automatically, in the sense that it was added to every email the solicitor sent.

HHJ Pearce said: “But the use of the word ‘automatic’ may tend to mislead… It was common ground that the rule that a footer of this type be added to every email involved the conscious action at some stage of a person entering the relevant information and settings in Microsoft Outlook.

“Furthermore, Mr Tear knew that his name was added to the email. Indeed, the manual typing rather than automatic inclusion of the words ‘Many Thanks’ at the end of the email strongly suggests that the author is relying on the automatic footer to sign off his name.”

In such circumstances, the judge said, it was difficult to distinguish between a name added “pursuant to a general rule set up on an electronic device” from the sender manually added those details each time.

“Further, the recipient of the email has no way of knowing (as far as the court is aware) whether the details at the bottom of an email are added pursuant to an automatic rule as here or by the sender manually entering them.

“Looked at objectively, the presence of the name indicates a clear intention to associate oneself with the email – to authenticate it or to sign it.”

To rule otherwise “may have the effect of introducing uncertainty and/or the need for extrinsic evidence to prove the necessary intent”, HHJ Pearce added, ordering the specific performance sought.