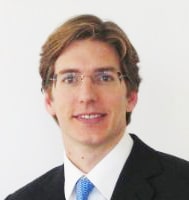 A major international consultancy specialising in research and development grants and tax credits has launched an alternative business structure (ABS) to offer a wider range of employment law services to its SME clients.

Separately, a Merseyside personal injury firm of solicitors is set to launch its second ABS as part of a campaign to become a “multi-disciplinary brand”. A third ABS application is planned.

Leyton, a London-headquartered ‘cost-optimisation consultancy’, with seven centres in Europe, north Africa and Canada, 550 staff, and a £45m turnover, received its licence from the Solicitors Regulation Authority (SRA), effective from 22 June.

It plans to expand its HR services and employment advice arm to complement to its core consulting business focusing on R&D tax relief and credits, and R&D grants. The ABS’s head of legal practice (HOLP) is solicitor Jill Shearer, who is currently one of two lawyers working in the HR and employment advice team.

Leyton director William Garvey, himself a former associate solicitor at Allen & Overy, is the head of finance and administration (HOFA). Mr Garvey told Legal Futures that Leyton’s legal offering had not included reserved activities in the six months it had been up and running.

He said: “A lot of our clients are SMEs and one of the things they have some frustration with is the value and quality of legal services they receive. So, having had a look at the markets we thought we would see what we could offer that would be better and more cost-effective from that perspective.”

The company had plans to expand the ABS, but it would be “client-led”. He continued: “As we grow, we will look to expand… but at the moment we are just looking at HR/employment-type services, because our current client base is largely around start-ups, manufacturers, people that are making things… with an ABS license that really frees up what we can offer, who we can talk to and how we go about building some market share.”

The new ABS was granted its SRA licence earlier this month, effective from 1 July. Its HOLP is Timothy Wood and its HOFA is Brian Matthews.

Mr Wood originally set up the firm with the help of a personal loan from businessman Kevin Ward, the owner and managing director of KWLC (UK) Ltd, a firm of legal costs negotiators. He said: “The aim from the start was to convert that debt to equity by forming an ABS with Kevin as a non-lawyer owner of the business.”

Mr Wood said the two ABSs would trade under the brand of Woodward Solicitors “with the companies distinguished by having different corporate colours, purple and orange. Both companies share premises and administrative staff to enable maximum cost efficiencies”.

He added: “Essentially the aim is to build Woodwards as a multi-disciplinary brand, consisting of various ABS entities, which allows investment from the business sector, along with the key business acumen that those people bring, yet the firms will be run by lawyers in terms of providing legal services.”

Mr Wood said he was in the process of working on a third ABS application, but added that “confidentiality agreements mean I cannot comment too much at this stage”.