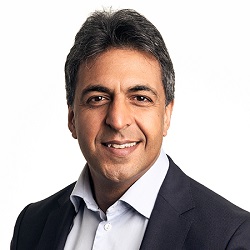 Listed law firm Knights is eyeing up acquisition opportunities across England and Wales after its performance rebounded strongly in the second half of the year to take turnover over £100m.

Its results for the 12 months to 30 April, published today, showed that revenue increased by 39% to £103m – while organic revenue declined 15% in the first six months of the year, it increased 10% in the second half, in line with Knights’ target.

Cash collection stayed strong at 89 days, just inside its 90-day target for payment by clients.

Underlying profit before tax rose 35% to £18m, with gross margins up a percentage point to 49%.

The last of the four acquisitions – Keebles in Sheffield, Exeter firm OTB Eveling, Surrey practice Mundays and Housing Law Services in Battle, West Sussex – completed in April and was not announced until now due to its small size.

The firm’s turnover was less than £1m and six fee-earners moved over. Knights chief executive David Beech told Legal Futures that it was a “quality niche social housing business” that fitted well with its ambitions in the field.

Knights’ strategy has been to target largely secondary legal locations outside of London and Mr Beech identified various holes it was looking to fill in its increasingly national coverage, including Cardiff, the south coast around Southampton, the eastern counties and cities like Norwich and Cambridge, and the North-East beyond Yorkshire, such as Newcastle.

Non-executive chairman Bal Johal said: “Our momentum in recruitment has demonstrated that, with its increased scale and breadth, Knights has reached the critical mass to be a highly attractive prospect to top talent in the regions, with the majority of new candidates coming from other top 50 law firms.

“We also believe that the pandemic has only served to make Knights more attractive as an employer, as it has prompted people to seek to work closer to home.

“As a result of hiring high-calibre people, we have onboarded larger and higher-quality client followings, which smaller regional independent law firms would not be able to adequately support due to their limited scale and range of services.”

Mr Beech would not rule out buying a top-50 firm, as well as hiring from them, although having to deal with a large group of owners would make it difficult.

He went on: “Looking forward, we expect that Covid-19 will only accentuate these opportunities for our resilient, well-invested, diversified and cash-generative business in the highly fragmented and often underinvested market for legal services outside London.”

Mr Johal said that, given the cost-saving measures taken by the group during the year, the board had decided not to pay a dividend for the year, but intended to resume paying one next year in accordance with the previous dividend policy of paying out 20% of profit after tax.

Knights also highlighted how its culture was leading to increased net promoter scores – the Client score was up 15 to +75 and the employee score up by 3 to +39.