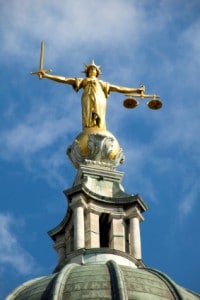 Justice: CMCs are the symptom of government changes, not the cause of claims

Claims management companies (CMCs) have delivered access to justice, and are the symptom, not the cause, of an increase in personal injury (PI) claims, a major new report has concluded.

The report by Mark Boleat, former director-general of the Association of British Insurers, also revealed that the number of CMCs has grown by 58% in less than two years.

In his latest review of the impact of claims management regulation, Mr Boleat said it was the withdrawal of legal aid from PI and introduction of recoverability that were the major causes of more PI claims over the past decade. CMCs were not “an independent factor” in the increase in claims over the past decade, but rather were “the means by which a market opportunity was exploited”.

Mr Boleat dismantled Lord Justice Jackson’s opposition to CMCs and referral fees, saying lifting the ban on referral fees in 2004 just recognised what was already happening, while the judge’s argument that potential claimants could find a solicitor through the Internet or conventional lawyer advertising “does not take account of human nature and the way that markets operate. Using his logic, there would be no need ever for public sector bodies to advertise availability of benefits or to seek out people by other means who are not claiming their benefits on the grounds that all they needed to do was look at a website… It is this attitude that marketing is not necessary, shared by many solicitors, that led to the growth of claims management companies in the first place”.

Mr Boleat added: “This leads to the related question of what would have happened if there had been no claims management companies. The answer is probably that over a slightly longer period more solicitors would have engaged in exactly the same activity and to the same extent, whether acting as individual firms or through cooperative arrangements.”

The report comes as Lord Young of Graffham investigates the role of CMCs in creating a compensation culture.

Financial services have been a major growth area in CMCs in recent years, but Mr Boleat said much of the malpractice in the field has been curbed. The significant market now is payment protection insurance, he said, with the taking of upfront fees where there was no guarantee of the service being delivered the main malpractice being targeted now.

Employment services are one of the smaller areas covered by the claims management regulator, and Mr Boleat said the regulatory regime is not well suited to employment claims, where the main problem areas relate to competence rather than more tangible rule breaches. This will add fuel to the arguments of those who say employment should be a reserved activity.