So-called virtual law firms are increasing in number and profile as lawyers look for other ways to practice. But their model may not suit big-hitting City lawyers who need greater support and status. However, says Mike Jones of Intrinsic Values, there is a new alternative that benefits both solicitors and firms 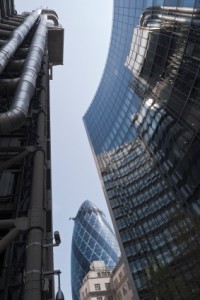 London: could freelancers be a profitable new route for City firms?

Much has been written about the benefits of the so-called ‘virtual law firms’. Not only do they offer lawyers flexibility and freedom – in how, when and where they work – but they also offer a greater financial incentive. Under this model partners working on what is effectively a freelance basis can retain up to 75% of revenues produced rather than the one-third model. The growth of such models shows that top performers are increasingly broadening their horizons beyond the traditional partnership model.

Take my friend Sam. Until very recently, Sam was a high-billing partner in a US law firm in London. So far, so good. However, like many high-flyers, he found the politics of the firm and over-zealous management difficult to take and started to weigh up the alternatives. The problem was that, despite a highly successful career, his options were actually limited.

He rationalised that any lateral move would in time see the same issues and concerns rise to the surface. Deciding to look for a genuine alternative, Sam identified setting up on his own as one option and joining one of the virtual firms referred to above as the other. He dismissed the notion of setting up his own practice as ‘just too difficult’ and so looked set to go freelance with a virtual firm. However, for a partner at a top 50 firm to join one of the virtual upstarts was a considerable gamble – and the question was, would his clients gamble with him?

After all, City firms can leverage this arrangement more than virtual law firms can: their reputation, not to mention depth of expertise, means they can maximise cross-selling opportunities from the clients brought to them by the freelance partner. With this the IV League was born – a model that places gives partners the benefits of a virtual law firm, at a City law firm.

Sam is the first beneficiary. He now ‘freelances’ for another City firm, but takes home a much greater slice of what he bills, gets access to associates and administrative support and a better work-life balance. In turn the law firm gets 25% of what Sam bills and more importantly access to his clients and the opportunity therefore to cross-sell.

Sam, like many rainmaker partners, is entrepreneurial by nature and wants a firm that is similarly open to opportunities outside of the traditional partnership model. Law firms are not known for their tendency to embrace change, but in this case the benefits far outweigh any perceived risks. As far as external investment is concerned, what could be more attractive than a lawyer who joins a firm and immediately impacts the bottom line? The ‘opportunity costs’ and ‘bedding-in’ time associated with a lateral hire are not so prevalent when a lawyer is joining a firm with a group of clients firmly in tow.

The legal market is expected to change dramatically in the future, and law firms should consider throwing off the shackles of the traditional partnership model. A more innovative business structure offers a lawyer more flexibility and a law firm access to a broader client base. The question is, how many will reach out and grab it?