SQE will “move the bottleneck” from law schools to employers 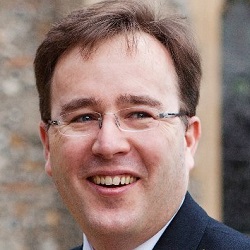 Catchpole: Lot of uncertainty among students

The Solicitors Qualifying Exam (SQE) will make it easier for people to qualify as solicitors but move the “bottleneck” to newly qualified roles, an associate dean of The City Law School has predicted.

James Catchpole warned that there was “a lot of uncertainty” among students about which of the new routes to qualification they should take.

Speaking at yesterday’s virtual Westminster Legal Policy Forum on legal education and training, Mr Catchpole said students were aware of the change to the SQE, which is being introduced this autumn and “roughly when it is going” to affect them, but “unclear about which route they should take”.

He said there was need for educational institutions and employers to provide guidance.

“We’re having to spend a lot of time explaining what we think is best for them. It’s completely different to what they are used to and there is a lot of uncertainty.”

Mr Catchpole said one problem was that “most of the employers we hear about are the big ones”, which were introducing the new routes, but there was also “a block of employers” still undecided about how to introduce the SQE.

He predicted that most employers would insist that students did courses to “fill the gaps” left by the SQE, and in that sense he did not expect much change to the existing system of legal education.

However, he said the bottleneck in entry to the profession would move from education providers to employers, who would find successful students “banging on the door” to get jobs as newly qualified solicitors − jobs which the law firms may already have filled.

Katrina Watson, senior learning and development manager at international firm Reed Smith, agreed that “the bottleneck will move” by increasing the ways people could access the profession.

“What I fear is people spending a huge amount of money without realising that they might not be able to get into the profession when applying for newly qualified roles.

She said that, for Reed Smith, the SQE offered a “huge opportunity” to innovate in the way it trained its talent.

In partnership with Barbri and the College of Legal Practice, the law firm has created “an SQE year”, during which students will take the exams while working at Reed Smith for two days a week and being paid for it.

Ms Watson said the students would not do any legal work, but instead work for business services departments, such as marketing, HR and finance.

This meant that they would be able to “bring their business skills straight into practice” as trainees and would have a “solid foundation in how a law firm works”.

Peter Crisp, pro vice-chancellor, external, at the University of Law, said the “main concern” among law firms was that the SQE “just does not cover enough ground” and that students needed a “more, thorough extensive course”.

He said it was “inconceivable” that trainees would turn up at a City law firm with “no knowledge of M&As”, while an understanding of legal technology, which also does not feature in the SQE, was “really important” for many employers.

“Law firms want the key skills and aptitudes for the well-rounded lawyer of the future.”