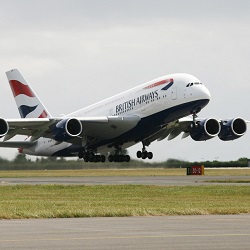 BA claim: Firm has tightened up its procedures as a result

Class action firm Hausfeld has been rebuked by the Solicitors Regulation Authority (SRA) for allowing its independence to be compromised in the conduct of a massive group claim.

The failings contributed to the claim, brought on behalf of 65,000 Chinese companies, being struck out; the judge, Mrs Justice Rose, heavily criticised the firm for its conduct of the case.

Hausfeld was retained by the China Chamber of International Commerce (CCOIC) to bring an action on behalf of 64,697 members against British Airways, seeking damages following a €800m European Commission fine over an air freight price-fixing cartel.

However, the case was struck out in 2015, with Rose J finding that none of the claimants had either authorised Hausfeld to bring the claim or later ratified its actions, while most of them had not actually shipped goods by air.

She said it was “wholly irresponsible” of Hausfeld to launch proceedings in these circumstances, including signing a statement of truth.

The criticisms led to an SRA investigation and yesterday it published a regulatory settlement agreement that means the case will not be referred to a disciplinary tribunal.

The SRA has the power to see privileged documents, meaning it inspected documents that were not seen by the High Court.

The agreement recorded that Hausfeld principally received instructions via CCOIC’s agent, CAR International, a US-based asset recovery firm that the firm considered to be experienced in cartel cases.

Hausfeld first discussed the claims with CCOIC in late 2011; CCOIC then provided information to its members about potential claims, including the criteria they needed to meet.

Before bringing proceedings, Hausfeld obtained a written opinion from a Chinese law expert that said CCOIC had the authority to commence legal proceedings on behalf of and for the benefit of its members.

It also took specialist advice from senior English counsel and followed that advice in issuing the proceedings.

“However, the firm did not obtain full written advice on which law was applicable in relation to the issues of the capacity and authority of CCOIC to act on behalf of its members in bringing proceedings in their names, as well as what exactly was required/permissible as a matter of English law,” the SRA said.

The SRA said Hausfeld told CCOIC that, based on the Chinese law advice, its articles of association needed to be amended before issue, but it did not confirm this had been done.

It also informed CCOIC, through CAR, of the importance of identifying valid claimants who had bought air freight services, given the need for one of its partners to sign a statement of truth.

Though Hausfeld asked CCOIC and CAR to check that the list of members provided had shipped goods by air in the relevant period – which CAR said they had – “the firm did not make adequate enquiry as to what steps CCOIC had taken” to do so, which the SRA suggested was because of a looming limitation deadline.

Following receipt of the strike-out application, the firm, at a meeting in Beijing, asked CCOIC how it had determined which members used air freight services.

“CCOIC’s response was that the list was a ‘random selection’ of members who had applied for a certificate of origin based on certain criteria and that CCOIC had compiled the list by ‘searching the target companies in our computer database with the search criteria of exporting goods that might be shipped by air, such as clothing, electronic products, etc.’.

“Following further interrogation of its database records later in March 2015, CCOIC discovered that other columns of data were available which would allow CCOIC to identify definitively which of its members had purchased air freight services as opposed to other types of freight services.”

After taking more Chinese law advice, Hausfeld informed the defendants that only those claimants who had provided express ratification would continue to pursue their claims – a mere 362 of the original group – although it believed that, in total, 5,277 claimants had applied for certificates of origin to export Chinese goods by air during the cartel period.

In the agreement, Hausfeld admitted allowing its independence to be compromised by relying on CAR/CCOIC to verify which claimants had made qualifying purchases.

Further, the firm accepted that it did not make “adequate enquiry” when it should have done about what steps CCOIC had taken to ensure that the list of members only included those who had shipped goods by air in the relevant period.

It also admitted not obtaining full written advice on which law was applicable in relation to the issues of the capacity and authority of CCOIC to bring proceedings in the names and for the benefit of its members, and not ensuring that the amended articles of association had actually been executed and ratified.

The SRA decided that a written rebuke was “a proportionate outcome in the public interest”.

In doing so, the regulator took account of the fact that it saw documents Rose J did not; the misconduct did not involve dishonesty or lack of integrity; and there were no adverse financial consequences for the claimants and no costs order was made against the firm.

The likelihood of repetition of such misconduct was also “low” given that Hausfeld now required at least two legal opinions on a question of foreign law on issues of authority and/or which are vital to the validity of the claim in non-European or non-US jurisdictions with which the firm is not familiar.

In addition, it confirmed that “it has now ensured that steps are taken to verify that only claimants with valid claims are included, as far as reasonably practicable, prior to issue of proceedings”.