Solicitors and QC “cannot rely” on without prejudice negotiations 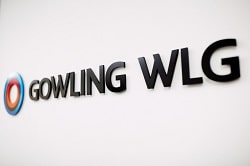 Gowling WLG: Only fact of negotiations was disclosable

Allowing a City law firm and QC to rely on ‘without prejudice’ communications to defend allegations of professional negligence could “undermine the policy of encouraging parties to settle disputes”, the High Court has ruled.

“It cannot be right that, in multi-party litigation, a defendant can only serve a contribution notice at real risk of its previous without prejudice negotiations with the claimant being put in evidence to assist the court in apportioning liability.

“The circumstances of this claim, where a likely defendant in a claim yet to be brought has had without prejudice negotiations with the likely claimant, are hardly unusual.”

Fancourt J said the exception that Gowling and Mr Newman were attempting to establish “would be capable of applying in many cases”.

The judge acknowledged that, if no exception was made, the trial judge might have an “incomplete picture” of the involvement of Aon, the main defendant in the case.

“That is, however, a consequence of any exclusionary rule of evidence and it is the inevitable consequence of the without prejudice rule, justified by broad policy considerations and underscored in this case by all parties’ implied agreement that their negotiations were to be inadmissible in evidence.”

The High Court heard in Briggs and others v Clay and others [2019] EWHC 102 (Ch) that the Aon defendants applied for a determination that the fact and content of without prejudice correspondence between May 2014 and October 2016, and a meeting in July 2014, should be inadmissible.

Fancourt J said “substantial parts” of those communications had been pleaded in their defence by Gowling and Mr Newman QC, referred to by the judge as the “lawyer defendants”.

Fancourt J said the claim was a professional negligence action brought by the employer partnerships, companies and trustees of the Gleeds pension scheme.

Aon was the scheme’s administrator and its professional adviser for many years.

In earlier part 8 proceedings brought by employee trustees of the scheme, Mr Justice Newey ruled that various deeds prepared by Aon were invalidly executed and of no effect.

Some of the ineffective deeds were intended to reduce the burden on the employers of financing the scheme.

Gowling and Mr Newman acted for the employers in the part 8 claim and in an agreed compromise of the employers’ appeal against the order of Newey J.

Fancourt J went on: “The decision of Newey J was not the decision that the participating employers and Aon were hoping to receive. They had to decide whether to appeal it.

The employers decided to appeal and there followed without prejudice negotiations on a compromise of the appeal, leading to a settlement in October 2016.

The employers launched the action against Aon the same month, and in May 2018 added Gowling and Mr Newman as defendants.

Though the list of exceptions to the without prejudice rule was “not closed”, the judge said, any exception must be “of the same character or a principled and incremental extension of an existing exception”.

Fancourt J said treating the contents of the without prejudice communications between Aon and the claimants as admissible, “even for the purpose of proving the extent and nature of Aon’s involvement in discussions about the appeal and approved settlement”, would create an exception with a “considerably different character”.

The judge said it would be “a broad exception where the interests of justice in a particular case can be said to require evidence to be admitted and privilege overridden” and the consequences would be that Aon’s negotiations with the claimants would be admitted in a trial of its liability.

Fancourt J rejected the lawyer defendants’ arguments that the court should separate out the without prejudice material and redact it as necessary as “ultimately contrary to principle”.

Having ruled that the content of the communications remained privileged, the judge said “the fact of the negotiations” was admissible “where that fact is relevant to an issue in the case”.

He said this would allow the lawyer defendants to establish that there were communications between Aon and the claimants at the time when the claimants were trying to reach a compromise with their beneficiaries.

“More particularly, it will prevent the trial judge from being inadvertently misled about the extent of the contact during that period by relying on the open correspondence alone.

“But the lawyer defendants may not tell the trial judge what the without prejudice communications were about.”