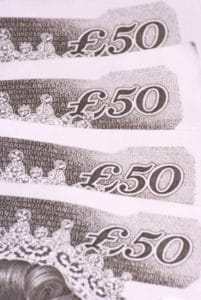 A solicitor who “left his moral compass at home” as took money from client account to try and keep his firm afloat has been struck off, and the cashier who assisted him banned from the profession.

The firm, Handley Brown in Preston, had three county court judgments against it and faced a winding-up petition.

Sole principal Andrew Laurence Brown – born in 1959 and admitted in 1999 – “knew the financial state of the firm even if he displayed wilful blindness as to the precise state of the client and office account balances”, said the Solicitors Disciplinary Tribunal (SDT) in finding that he acted dishonestly.

The firm had first come to the attention of the Solicitors Regulation Authority (SRA) in 2012, when it had debts of nearly £1.2m, but it continued to operate during “a period of engagement” between the SRA’s supervision department and Mr Brown.

In the months leading up to the firm’s closure in November 2014, the cashier, Sandra Benson, made 25 improper transfers from client to office account to pay wages and other expenses, leading to a cash shortage of £50,000 – all of which was replaced by Mr Brown’s parents in time, but only when he reported the situation to the SRA.

The amounts transferred corresponded with whatever liabilities were due that day.

There was disagreement between the two about whether Ms Benson made all but three of the transfers without Mr Brown’s knowledge, but the tribunal said it was “sure” that he had facilitated them.

He “knew there was no money in office account and had acquiesced in respect of those payments”.

Ms Benson, the tribunal went on, was an experienced legal cashier who knew it was wrong to make the transfers.

“She knew the firm was in a mess financially. She said that her predecessor had been asked to make such transfers and had refused, and that she could have done the same.”

She too had acted dishonestly and this made it “undesirable” for her to be employed by solicitors.

The SDT also found that Mr Brown had also failed to run his firm properly, in breach of principle 8 of the SRA Principles. “He displayed a cavalier disregard to the position and his response to the firm’s financial difficulties was to use client money to prop up the firm,” it said.

Reaching its decision to strike Mr Brown off, the SDT said: “[He] had misused the client account to prop up the firm. The transfers had been numerous and systematic. [He] had admitted a lack of integrity and had been found to be dishonest.

“There was no evidence put to the tribunal that any clients lost money but the firm ceased trading with significant debts. This would have had a significant impact on the public’s perception of solicitors and harmed the reputation of the profession…

“In this case, [Mr Brown] had left his moral compass at home and the level of harm was high. Whilst [he] may not have intended the harm, it was reasonably foreseeable given the financial liabilities of the firm.”

Further, the tribunal said Mr Brown “had taken advantage” of Ms Benson. He knew she was a new employee “and he put her in a position where she considered she was under extreme pressure to make payments, including for staff salaries… [She] deserved better treatment from [him].