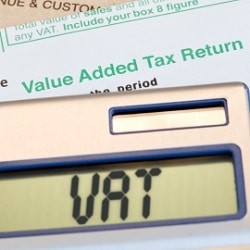 A solicitor convicted in Germany of seven counts of aiding and abetting tax evasion as part of a VAT carousel fraud has been struck off by the Solicitors Disciplinary Tribunal (SDT).

Habib-ur-Rahmaan Maroof told the Solicitors Regulation Authority (SRA) that he admitted the allegations in full, having maintained his innocence throughout the criminal proceedings. He was jailed for two years and four months.

In an outcome agreed with Mr Maroof, approved by the SDT, the SRA said the Nuremburg-Fürth regional court in Bavaria convicted Mr Maroof in October 2015 of seven counts of aiding and abetting in tax evasion and one count of “attempted tax evasion by acquiescence”.

The convictions related to a VAT carousel fraud that unlawfully reduced the tax owed by €7.2m. His role was in the company that supplied the electricity VAT free – that made his contribution one of failing to intervene.

Mr Maroof was extradited to Germany under a European arrest warrant, which the solicitor and others being extradited challenged before a district judge, and then on appeal to the High Court.

Dismissing the appeal in October 2014 and summarising the case against Mr Maroof, Lord Justice Pitchford and Mr Justice Cox said he was accused of being “responsible for the supply of non-EU electricity to the conspirators” and “implicated in the creation of false invoice chains”.

The judges said the appellants were alleged to have manipulated companies “with the ultimate object of defrauding the German tax authority of input tax” and either “failed to make returns, or alternatively made false returns, to the German revenue authority with the intention of making fraudulent claims”.

The SRA said that, according to Mr Maroof, he “maintained his innocence throughout the criminal proceedings, but ultimately agreed to a lesser charge in order to ensure that he could return to the UK quickly”.

Mr Maroof “stated that he only agreed to the plea bargain because of a medical condition, which was worsened by spending 22 hours per day locked up in a cell”. He had been remanded in pre-trial custody in Germany from January 2015.

However, the SRA said the solicitor now admitted the allegations in full.

Bearing in mind repeated references in the German court’s judgment to the solicitor “having ‘acquiesced’ in the fraudulent actions of others (or words to that effect)”, the SRA emphasised that a finding of dishonesty against a solicitor “does not necessarily require a finding that they are themselves guilty” of fraud.

“It is sufficient that a solicitor has ‘turned a blind eye’ to fraud or to its obvious hallmarks.”

Mr Maroof also admitted failed to respond to request for information from the SRA, including one in the form of a statutory demand.

Approving the agreed outcome, the SDT struck off Mr Maroof and agreed that he should be ordered to pay £1,000 in costs, taking into account his limited means.