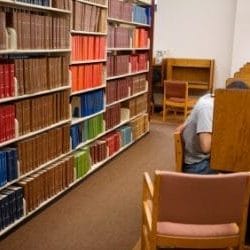 The Solicitors Regulation Authority’s (SRA) annual quality assurance report on education and training, for the year to 31 August 2018, also recorded a yawning gap between the pass rates at the best and worst law schools.

The LPC pass rate fell from 66% the year before to 56%, while for the common professional examination (CPE)/graduate diploma in law, it dropped from 64% to 60%.

Students who did not complete the courses may have additional attempts available to them and may have been referred or deferred in one or more subjects, so they may yet pass in following years.

There were 25 LPC providers and the range of success rates was even wider than last year, from one with a 100% pass rate, to another with just 29%. The report anonymised their names.

Five institutions scored pass rates of over 90% and three below 50%.

There was also significant variation between providers in terms of the proportion of students obtaining pass, commendation and distinction grades.

The SRA said the reasons for such a wide disparity were “unclear”.

Though there was no difference in the proportion of women and men passing the LPC (nearly two-thirds of students were female), women were more likely to achieve distinctions.

When it came to ethnicity, two-thirds of white students successfully completed the LPC, compared with 48% of Asian students and 35% of black students. Last year, the figures were 80%, 55% and 45%.

Again, white students were much more likely to be awarded commendations or distinctions.

Among the negative comments were adverse student feedback on errors in assessments, and the need for students to seek employment to meet shortfall between programme fees and level of loan funding.

There were also doubts whether students chose their programme of study – in particular an LPC incorporated into a masters’ qualification – fully understood “the implications of the additional workload or whether their decisions are primarily motivated by the availability of student loan funding”.

There were no concerns reported about quality and standards on the CPE, however.

The number of foreign lawyers and chartered legal executives requalifying as solicitors has increased significantly in recent years.