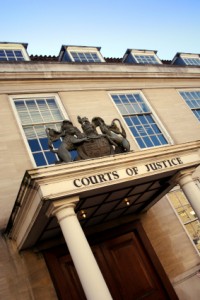 Courts: judges will be able to decline to evaluate an advocate

The first registration deadline for the Quality Assurance Scheme for Advocates (QASA) has been extended again, the Joint Advocacy Group (JAG) announced today.

However, the JAG – made up of the Bar Standards Board, the Solicitors Regulation Authority and ILEX Professional Standards – said it will not be delaying the scheme to await the outcome of the Jeffrey review of criminal advocacy.

Those on the Midlands and Western Circuits now have until 30 May – rather than 7 March – to register for QASA. When first announced a year ago, this first phase was originally meant to have ended on 10 January.

The registration periods for the other circuits have been moved back around three months: the South Eastern Circuit’s will now run from 13 June to 3 October, and for the rest it will be 4 October to 31 December.

A JAG statement issued today that the timetable had been revised due to the “practical consequences” of last week’s High Court ruling dismissing a judicial review challenging the legality of QASA.

The JAG also confirmed that it is to implement four revisions to the scheme suggested by the High Court:

Further, certain aspects of QASA handbooks and scheme rules were identified during the proceedings as requiring clarification, which the JAG said will be done.

It said this work will conclude and Legal Services Board approval, where necessary, will be sought in the next few weeks with the intention of re-issuing the QASA Handbook by the end of February.

The High Court said it saw “enormous force” in the suggestion that the development of QASA and the Jeffrey review should be informed by the other. But the JAG said it did not agree with those who have interpreted this as a call to delay QASA pending the outcome of the review.

“The judgment makes it clear that the regulators have a duty to assure the competence of those they regulate. The judgment notes that the Jeffrey review will be of relevance to this duty and to the development of QASA but there is no suggestion, explicit or otherwise, that the Scheme should be delayed pending its publication.

“Each of the regulators represented on JAG has engaged with the Jeffrey review and will continue to do so and we await Sir Bill’s report with interest. A review of the operation of QASA during its first two years has already been agreed, and any relevant recommendations from the Jeffrey review will be considered as part of that.”