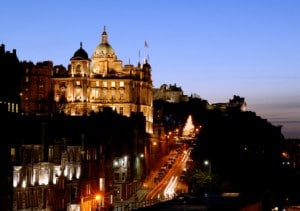 Scottish solicitors have now voted to allow a minority of external ownership of law firms, it emerged today (Thursday).

In the latest twist of the ongoing saga of members of the Law Society of Scotland trying to find a compromise, two motions were narrowly passed at today’s AGM in favour of alternative business structures (ABSs), but with inconsistent terms.

Meeting in Edinburgh, members approved by 1,486 votes to 1,465 a motion laid by the council of the Law Society of Scotland to allow ABSs where non-lawyers could own no more than 49% of the capital. They also backed by 1,550 votes to 1,404 a motion from Govan Law Centre solicitor Mike Dailly proposing that 25% of non-solicitor ownership of law firms by non-solicitors working within the firm but no external investment.

The third motion, from the Scottish Law Agents Society, which was passed at a Law Society of Scotland AGM last month against all forms ABS, was this time defeated by 1,503 votes to 1,450.

The council’s motion was ratified as policy at a meeting immediately following the AGM; however, it was agreed that Scottish government ministers and MSPs should be informed that substantial numbers of its members still oppose ABSs completely or believe that only a 25% minority of non-solicitors should be permitted to own law firms.

Jamie Millar, who took over the role as president of the Law Society of Scotland from Ian Smart this afternoon, said: “Each of the votes was very close and it’s clear there still are still divided views, particularly on external investment… However we are now in the situation where there has been a vote in favour of compromise which is pro ABS, but with a strong view though that the ownership, control and management of law firms must remain with solicitors.”

The legislation to allow ABSs is currently before the Scottish Parliament and the views of solicitors will not be determinative of whether it passes.

Earlier this week, Scottish solicitors voted three to one in favour of the society maintaining its dual representative and regulatory role. Mr Smart said: “Solicitors in Scotland have recognised that they benefit from keeping the dual roles of regulation and representation together. The very essence of what it is to be a profession is bound by its ethics and principles as well as any common knowledge and skills.”