LegalZoom uses ABS to bypass US ban on employing lawyers 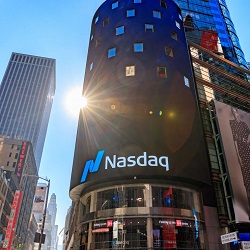 US legal services giant LegalZoom is bypassing the domestic ban on non-law firms practising law by employing US lawyers through its UK alternative business structure (ABS), it has emerged.

The details came in a registration statement filed with the US Securities & Exchange Commission ahead of a proposed $100m (£70m) listing on the Nasdaq exchange in New York.

LegalZoom, which claims to be the best-known legal brand in America, recorded revenues of $471m in 2020, with an EBITDA margin of 19%.

It provides online documents and access to legal advice; 10% of new limited liability companies and 5% of new corporations were formed in the US using LegalZoom last year, and it handled 6% of trade mark applications.

The UK financials are not separated out but according to the accounts of its UK holding company filed at Companies House, in 2019 LegalZoom International Holdings Ltd made a gross profit of £5.9m on a turnover of £14.9m, but after administrative expenses this turned into an overall loss of £3.2m.

However, this was before it sold Wakefield-based law firm Beaumont Legal to consolidator Metamorph Law in April 2020.

LegalZoom is not a law firm in the US and strict rules on the unauthorised practice of law (UPL) – which have no equivalent in the UK – mean that it cannot employ lawyers to provide legal advice directly to its customers.

Non-lawyers have not been allowed to own law firms in the US, although Arizona this year became the first state to open up to ABSs.

LegalZoom gained an ABS licence in 2015, the first US business to do so, and later that year acquired Beaumont Legal for £6.4m.

Though it sold Beaumont last year, it still owns an ABS called Pulse Global Services (also known as Pulse Law and LegalZoom Legal Services), which describes itself as “a law firm and product development agency” based in London and Austin, Texas, which is home to LegalZoom’s operational headquarters.

It continued: “The ABS is regulated by the Solicitors Regulation Authority (SRA). While we believe this structure is legally permissible, it is generally untested in US courts and we cannot assure you that it will insulate us from claims of… UPL.”

The terms of service for its legal plan subscriptions for both individuals and businesses say the provider is Pulse Global Services; the relationship with clients is governed by a ‘limited scope representation agreement’ which gives Pulse the right to subcontract to lawyers in the US.

A LegalZoom spokesman said he could not comment on the arrangements due to being in an “IPO quiet period”.

The SEC statement also noted that the SRA has to approve any owner of an ABS that has a stake of 10% or more.

“Should any stockholder wish to consider owning a stake in our common stock in excess of this threshold, it is possible for the SRA to be approached and grant pre-approval in advance of any such acquisition,” it said.

“The SRA can force any person who acquires a restricted interest in contravention of the applicable rules to divest its share ownership in the licensed body (or its parent company). The SRA also has the ability to suspend or revoke the relevant entity’s licensed body status in respect of any such contravention.

“Any suspension or revocation of our UK subsidiary’s licensed body status would have a serious detrimental impact on our business, and, in such circumstances, we would seek to collaborate with the SRA to minimize any resultant business disruption.”

On Beaumont, the registration statement recounted a “continued decline in the business performance” in 2019 and LegalZoom ultimately paid Metamorph $1.2m in working capital and recorded a $1.8m loss on the sale of the business.

LegalZoom also stopped providing litigation services in the UK in 2019.

In 2019 and 2020, the company incurred $2.2m in severance costs “related to a reduction in headcount in our UK workforce”.

Since the sale of Beaumont, LegalZoom’s UK offering is focused mainly on business formation services, with wills the only personal legal service it sells.