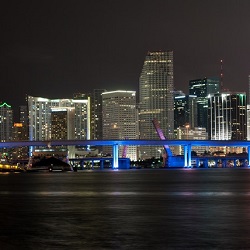 Florida has become the latest American state to move towards allowing alternative business structures (ABSs), while British Columbia has launched a regulatory sandbox to encourage innovation in Canada.

Earlier this year, the US saw its first two ABSs approved in Arizona, to go alongside an increasing variety of businesses in a regulatory sandbox in Utah.

Sandboxes are ‘safe spaces’ to test innovative ways of providing legal services that would otherwise contravene regulatory rules in a controlled environment.

This week, a committee created by the Florida Supreme Court – in the US, state courts regulate their local legal professions – recommended further study on allowing some non-lawyers to have an ownership interest in law firms, fee splitting with non-lawyer entities, and creation of a regulatory sandbox, which it called a “legal lab”.

The only firm recommendation in the report of the special committee to improve the delivery of legal services was for the legal lab, but its proposed structure was conceptual, as were all its other proposals.

These included allowing non-lawyer employees “who directly support the firm” to have an ownership interest.

However, non-lawyer owners could never have a majority interest in the firm, would be bound by Bar rules, and lawyers would be responsible for the actions of their non-lawyer partners.

It has asked the supreme court to refer back any ideas it likes for detailed proposals or rule amendments.

Former Bar president John Stewart, who chaired the committee, said the report recognised that the legal marketplace was changing amid high levels of unmet legal need and described it as “an attempt to allow the legal profession to help design and control those changes, which it now is largely unable to do”.

“We need to bring more of these legal services players into the fold so that they’re regulated to protect the public and lawyers are on a level playing field.”

The report acknowledged the reluctance of lawyers to change the system, with 65% against allowing online companies that match clients with lawyers to keep part of the consumer’s fee, and 81% opposing allowing non-lawyer employees to become owners.

“This fear of change is likely more fear of the unknown,” said Mr Stewart. “While this is understandable, it is no reason to keep the status quo when the status quo is not working.”

Arizona has only approved one more ABS so far – a small accounting and tax firm – but Utah has now authorised 28 business for its sandbox. Almost all feature non-lawyer ownership and lawyers being managed by non-lawyers.

Only one of the 28 has been deemed high risk by the Utah Supreme Court’s Office of Legal Services Innovation – a joint project of AAA Fair Credit Foundation and People’s Legal Aid to assist defendants who receive a summons prior to the filing of a medical debt complaint. It involves legal services provided by an unsupervised non-lawyer.

Meanwhile, Law Society of British Columbia has approved the first six applicants to its innovation sandbox.

They include Dementia Justice Canada, providing legal guidance, advocacy support and research to assist unrepresented individuals with dementia and their families; SimpleArb, a digital tool that allows parties to enter into settlement negotiations to resolve their dispute; and an online platform that creates cohabitation, prenuptial and post-nuptial agreements.