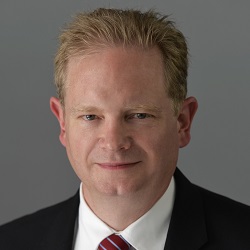 The new firm – which is 75% owned by Devonshires – is based at its central London offices. The remaining 25% is owned by PI Law Direct’s founders, 9 Gough Chambers barristers Jeremy Crowther and Adam Dawson, and Malcolm Gordon, a solicitor from St Giles Insurance & Finance Services.

Devonshires Claims, which opened on 1 May, is an alternative business structure (ABS) regulated by the Solicitors Regulation Authority; it is technically a rebrand of PI Law Direct, which became an ABS in 2014 as the first barrister-led personal injury law firm where a barrister managed the claim from start to finish.

It will be led by managing director Nick Grant, previously a partner at Devonshires, with four other representatives from Devonshires and three from PI Law making up the board of directors.

Devonshires will provide its back-office support. In total there will be 14 fee-earners at Devonshires Claims: 10 from Devonshires and four from PI Law Direct.

Devonshires Claims will concentrate on birth injuries and catastrophic injury claims, but will handle all kinds of clinical negligence and personal injury claims.

He explained that PI Law Direct, through its marketing activities, had more work referred than it could handle, while Devonshires had the capacity and experience to take those cases on. “We had what they were lacking and vice versa,” he said.

The access to barristers without needing to formally instruct them, at least initially, was another benefit, he added, suggesting that having solicitors and barristers under one roof may well be “the way forward” in their line of work.

“When we met with the team from PI Law, it became clear that a merger was the perfect marriage that will help them to handle the large number of referrals they receive. It will also allow us to offer clients the best possible service.”

Mr Gordon added: “We are tremendously excited by the opportunity the merger provides as our business grows. We were immediately struck by the synergy between our two teams.”