News round-up: barrister jailed for chambers theft, another mySRA extension, and much more

Barrister David Friesner was jailed for three years on Friday after pleading guilty to stealing £72,500 from 9 St John’s Street Chambers in Manchester.

Between October 2008 and November 2009, Mr Friesner – a criminal law specialist who was deputy head of chambers – took 12 unauthorised loans or advances from the chambers which were never repaid. He had a sideline in property which at its height was worth up to £7.5m before the credit crunch hit.

He was then struggling to service his debts owing within his property business due to the increasing difficulty both in selling properties and obtaining credit to service the debts.

Mr Justice Singh said: “You, perhaps more than anyone else, ought to have known that what you were doing was both dishonest and unlawful. You have brought dishonour upon an honourable profession and shame upon yourself and your family.”

The Probation Service had suggested that he receive a community order, but Mr Justice Singh said the custody threshold had been passed and there was no good reason to depart from the sentencing guidelines.

Mr Friesner produced “numerous testimonials” from barristers, solicitors and others. The judge said: “It is clear that you have made a substantial contribution to your profession in your career at the Bar, which is now very likely to come to an end. It is also clear that you have helped others around you through pro bono work and in other acts of generosity.”

The barrister received a six-month discount on his sentence to take account of his guilty plea on the first day of trial.

The Solicitors Regulation Authority (SRA) is to leave the online practising certificate renewals process open until at least the end of February to allow the profession further time to complete the process.

It said that technical issues and delays arising from implementation meant that, “while a significant proportion of the profession have successfully completed their applications, others have experienced difficulties that have slowed down the process. Renewals will, therefore, remain open beyond the original deadlines of 13 and 21 February”.

Chief executive Antony Townsend said: “We are aware that some of you, including in the larger firms, have faced technical difficulties which, coupled with a high demand for telephone support, has caused delays to your registration. It makes sense to leave the renewals process open for a while longer. It will not close before the end of February.

“No one will be penalised for not completing their renewal while the system remains open, but we would ask you to assist us by renewing as soon as possible. We’re very grateful to all those who have already renewed.

“This is the first year of operation of a new system which will transform the way in which we deliver services to the profession and regulated individuals. The long-term benefits of mySRA are numerous, but I know this has been an unsatisfactory process for some, so I repeat my earlier apology and thank you for persevering with the online system as we refine it.” 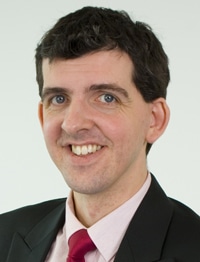 Clarke: litigators not willing to put their money where their mouths are

Two-thirds of clients consider the costs of litigation too high compared to other legal services but fewer than half had been offered fixed fees, a survey of local businesses by Sheffield firm Taylor&Emmet has found. Fewer still had been offered conditional fee agreements (CFAs).

rvey had found a lack of the usual credit crunch cases traditionally associated with an economic downturn. Most of the litigation the firm has seen arise from “the same commercial issues you see when times are good”, he said.

He added: “When budgets are constantly under review, we have found that increasing the predictability of costs for commercial cases is attractive to clients. Litigation lawyers are generally reluctant to step outside of the hourly rate system and ‘put their money where their mouth is’ [but] our research has shown there is an appetite for this kind of development.”

Last year, the firm launched T&E Resolve, a menu pricing litigation product under which it will shoulder the risk of costs overruns, giving clients budgeting certainty as an alternative to CFAs.

Under the scheme, litigation is assessed and categorised according to a scale of anticipated difficulty, with menu tariffs corresponding to the likely risk. The litigation process will be divided into defined stages that can be treated as a standalone instruction.

Risk management and compliance (RM&C) is patchy at the largest firms, a new survey has suggested.

The poll of 32 of the top 100 firms by consultants Kindleworth for insurance broker Lockton found that just a third said their management team was “fully engaged” with and understood key RM&C topics such as outcomes-focused regulation.

Around a third of those surveyed still relied on fee-earners and secretaries to complete new client and new matter procedures, and just 10% had an integrated practice management system or workflow solution for conflict checking.

Across those surveyed, the average size of the RM&C team was 7.5 full-time equivalent staff, paid on average around £50,000 outside of the top 10. The team was more likely to be the first port of call for a variety of risk issues among the top 50 firms than the bottom 50.

For an infographic outlining these and other results, click here.

The Court of Appeal has upheld a ruling that solicitors innocently caught up in frauds on mortgage lenders can find themselves liable for the whole loss if they release funds before receiving documents needed to prove title, even if the lender is negligent.

Markandan & Uddin, a firm of east London solicitors, had been found in breach of trust because it paid out nearly £750,000 to fraudsters purporting to be solicitors for the vendor without having received the documents necessary to register title or having received a solicitor’s undertaking to provide such documents. There was no suggestion that the firm was involved in the fraud.

The High Court had ruled that the defendants were not entitled to relief under the Trustee Act 1925 because although they had acted honestly, they had not acted reasonably. Not only had the firm failed to obtain the necessary documents, but it had paid the money into a second account at the request of the purported solicitors for the vendor.

Furthermore, the judge said, the defendants had failed to establish properly that the purported firm had an office where it claimed to have one – which is specifically required by the Council of Mortgage Lenders’ Handbook. He said that the recoverable loss by the lender was the entire advance.

In Lloyds TSB Bank v Markandan & Uddin [2012] EWCA Civ 65, the Court of Appeal upheld the decision, saying that whilst it was “impossible” not to have sympathy with the firm, its conduct of the transaction fell short of the standard that may have merited more merciful treatment.