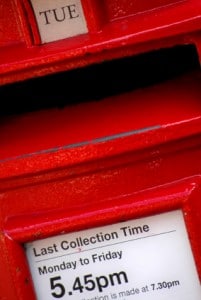 Consternation over the sudden change in the Legal Ombudsman’s (LeO) postal address – which all firms are required to give clients at the time of engagement and at the conclusion of their complaints procedure – has prompted LeO to publish an apology from its scanning partner, EDM, which was responsible for the change.

EDM took over LeO’s previous scanning partner and relocated the physical mailroom – LeO aims to be paperless and so has all of its post scanned. EDM’s Keith Ireland said Royal Mail’s “sortation requirements” meant the PO box number had to change.

Chief Legal Ombudsman Adam Sampson said LeO is in contact with the approved regulators about the change, and is writing to all lawyers in its database. “Mail will be forwarded from our previous address until August, giving lawyers five months, which should be sufficient time, to update the information they hold about us and signpost their clients to us.”

South-east law firm Penningtons has struck what it claims is a unique agreement with a leading QC to work as an independent consultant to its immigration team.

Through both in-house training and regular advice about the latest law and policy developments, Penningtons’ lawyers will be able to draw upon the knowledge of Judith Farbey QC of Doughty Street Chambers “outside the context of client casework”, the firm said. The consultancy is non-exclusive.

Ms Farbey worked with Penningtons’ head of immigration, Nichola Carter, on English UK’s groundbreaking judicial review case on student visas in 2010, and the consultancy will have a particular focus on sponsor licences. Ms Farbey will also work with Penningtons’ wider education sector team.

In a statement, the firm said: “Working closely to identify the emerging hot topics in immigration and discuss potential products, the partnership will enable Penningtons’ immigration team to provide more timely and innovative solutions to their new and established clients and anticipate in advance the impact of legal change on their businesses.”

Interest on costs runs from the date of the order (the incipitur date) rather than the date the costs are assessed or agreed, the Court of Appeal has ruled.

However, the Association of Costs Lawyers (ACL) has warned that with interest set at 8%, substantial sums are at stake in larger cases and the case could go on to the Supr

Ruling on Thursday in Simcoe v Jacuzzi Group UK [2012] EWCA Civ 137, the Master of the Rolls, Lord Neuberger, said the fact that the solicitors in the case (Irwin Mitchell) were acting under a CFA did not justify departing from that rule.

The decision restores the long-standing position which had been thrown into uncertainty by a ruling of HHJ Stewart in Gray v Toner in 2010 and then Chief Master Hurst in Trafigura. The Trafigura case was to be heard with Simcoe before it settled late last year.

ACL chairman Iain Stark welcomed the ruling for providing “certainty for the present”, but added: “With interest set at 8%, defendants have a great deal to gain by taking the point further to the Supreme Court.”

Mr Stark said that, in his personal view, defendants have an arguable case: “I was always of the opinion that interest on costs was due on the basis that the lay client was out of pocket in funding litigation. However, lay clients represented under a CFA or before-the-event insurance are not out of pocket. So where is the loss to the client? Any loss sustained by a firm of solicitors in effect funding the litigation could and should have been compensated by a deferment element attached to the success fee.”

Lord Neuberger also highlighted the level of costs in the case – nearly £75,000 for a “significant, but relatively minor and straightforward £12,750 employers’ liability claim that settled.

He said: “[It] suggests that something is out of kilter in at least some parts of the civil justice system. Both my own experience in this court and the evidence contained in Sir Rupert Jackson’s report on civil costs suggest that this is not a particularly exceptional case.

“It is therefore to be hoped that the changes which are in the process of being enacted and implemented in relation to civil costs and civil procedure will help ensure that costs become more proportionate. And that applies both to costs as between lawyer and client and to recoverable costs as between the parties to litigation.”

Victor Olowe, chief executive of the Council for Licensed Conveyancers, is leaving the organisation “to seek new challenges”, the organisation has announced. A former head of practice standards at the Law Society, he had been in the post for five years.

CLC chairwoman Anna Bradley thanked Mr Olowe for his contribution, saying: “During the last five years, Victor has strengthened the operational capability and re‐structured the governance arrangements of the organisation. Significantly, and most recently, he has overseen the CLC’s successful application to become the first licensing authority for alternative business structures.”

Mr Olowe formally leaves at the end of the month, but last Friday was his final day in the office. A recruitment process will now begin for a new CEO.