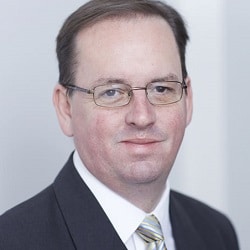 The High Court has rejected a client’s application for permission to judicially review an award made in his favour by the Legal Ombudsman (LeO) that he claimed was insufficient.

Mr Justice Julian Knowles upheld the refusal of Mr Justice Turner on the papers, which said the court would be “very slow” to interfere with an ombudsman’s exercise of judgment.

David Mottler complained about poor service provided by his former solicitors, GS Law Northwest Ltd, trading as Singleton Day, after it acted for him in Court of Protection proceedings concerning his late partner.

He said the firm failed adequately to prepare the case, failed to obtain and/or file relevant evidence, and failed to provide proper instructions to counsel. He claimed the proceedings and their failure affected his mental health.

The Solicitors Regulation Authority closed the firm down in 2016 and it has since ceased trading.

The ombudsman upheld the majority of Mr Mottler’s complaints, including that the firm had failed to apply for costs from the local authority; it had provided poor costs information and incorrectly charged him; it provided poor service in response to a complaint; it failed to make an application to reinstate contact with his partner; and it failed to lodge an appeal.

But the ombudsman considered that the firm had done some work which had been of value and was entitled to paid for.

Mr Mottler rejected the award, arguing he was entitled to much more.

In his decision refusing permission to apply for judicial review, and requiring Mr Mottler to pay LeO’s costs of preparing the acknowledgement of service, Turner J said: “As the authorities relied upon in the summary grounds of defence make clear, the role of the ombudsman is not equivalent to that of a court. Its approach is more flexible and informal.

“Furthermore, the court will, necessarily, be very slow to interfere with an ombudsman’s exercise of judgment. Whereas a different ombudsman may have reached a different conclusion, it cannot be said that the decision in this case fell outside the broad parameter of Wednesbury unreasonableness.”

Before the court, Mr Mottler argued that LeO was biased, corrupt and dishonest, failed to make appropriate inquiries and failed to obtain relevant evidence.

He said he had suffered serious mental health issues which justified the maximum award LeO can make of £50,000.

“I reject without further comment his allegations of bias, corruption and dishonesty… There was a rational basis for each head of damage for which the defendant awarded compensation.

“In particular, [the ombudsman] was entitled to conclude that there should be less than a full refund of fees paid to the firm because they had carried out some work of value.

“He was also entitled to award £750 for distress and inconvenience and his decision was not irrational or out of line with the published guidance.”

It was “not arguably irrational” for LeO not to award Mr Mottler £50,000, the judge said.

“Mr Mottler said to me that he had spent sums of money on and in connection with the Court of Protection litigation; I accept he did but that does not mean he was entitled to be awarded those sums back by way of compensation for failures by the firm.”