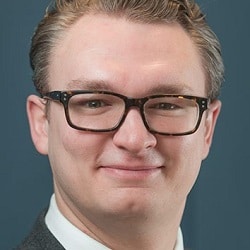 Morris: Relocated to Sheffield to keep costs down

A start-up alternative business structure (ABS) has been launched to help consumers and SMEs win insurance disputes, hoping to bring City solicitor clout to bear against insurers when they fail to honour their policies.

Ultimately the business model could include an online solution aimed at resolving low-value consumer disputes. The ABS is currently collecting data that might inform this offering.

Indemnity Legal Services was spun out of boutique firm Fenchurch Law, which specialises in advice for policyholders and brokers in the London insurance market. The pair will work closely and refer cases.

The ABS describes itself as “experienced in helping consumers and businesses challenge their insurers when claims aren’t paid or policies are cancelled or avoided”.

James Morris, the head of legal practice, worked for three years at Fenchurch Law on complex, high-value insurance disputes. He remains a consultant at the London firm, but has relocated to Sheffield to keep overheads in the new venture down.

“The vast majority of policyholders are people who can’t justify spending money on a City firm, either because of the value of their claim or because of their position,” he told Legal Futures.

It offers clients the option of conditional fee agreements and fixed fees.

The new firm became an ABS in order to receive external investment from co-founder Roseanne Taylor, the chief financial officer, who is a chartered accountant with experience of working for FTSE-100 companies and advising start-ups.

Mr Morris said he wanted to “create a firm that could deliver top tier specialist advice to either consumers, SMEs or big business… without people being exposed the significant costs that you can experience when you instruct a City firm”.

He added that a second advantage of being an ABS was the possibility of bringing other professional services under one roof in addition to the legal offering, while “still talking to the same audience”.

He explained: “The most obvious one that we started to look at is loss assessing. It’s a different profession but one that is closely intertwined with a dispute on an insurance claim; someone who’s got a legal dispute with their insurer or can’t agree what the numbers should be.”

Another eventual tie-up could be with insurance brokers, from which the firm expected to receive referrals. Indemnity Legal could provide consultancy services, such as on regulatory risk, to brokers.

“The first person that someone talks to when their insurance goes wrong is normally the insurance broker. So we’ve got two audiences: policyholders and brokers and what I’d like to be able to say at the right time is ‘where are those other audiences going for legal services, in circumstances where we could assist [them]?’”

In the month since the ABS had been operating, the split between business and consumer clients has been roughly 50:50, he said.

Consumer disputes tended to involve finance agreements, where the harm to that individual was potentially profound. He gave the example of a man who bought a Range Rover with a finance agreement and when the car was stolen the insurer refused to pay out.

“He now has no asset and no [payout], which means long-term damage in that sort of dispute for him, because he’ll be paying off the loan for the next six years for an asset he’s never had the benefit of.”

Mr Morris said the lessons learned from the type of disputes dealt with by the ABS might at some stage inform a future offering, such as low-cost online template letters for use in low-level disputes.

“That’s something we would love to do. [But] we’ve only been going for a month.

“I’ve got a good idea from my time at Fenchurch what policyholders experience at the top of the market and one of the things I’ve had to get to grips with very quickly in the last month is consumer problems, with people having a very different experience of the insurance market.

“Some of the disputes I’ve seen in the last month are the sort of disputes you never see with a big reputable insurer and a big PLC client.

“Consumers are facing really bad arguments in my view and I want to see if I can distill what we do down to some sort of ready reckoner service, figure out how we charge for it, and make sure we know how it represents value to the customer.

“Before we do that I want to make sure we’ve got enough material so we can say ‘we’ve got a good sense of what 50% or 60% of these disputes look like’, so we can actually try and provide a solution for that 50% or 60% and grow it as we learn more.”

Mr Morris said the types of cases Indemnity Legal would take on were often a ‘David and Goliath’ situation, “because consumers particularly read insurers letters as a fait accompli;  the insurer must have got the answer right and it’s just hard luck”.

But he said that, “anecdotally”, the insurer often is not right, sometimes “in quite egregious circumstances”.

The move has echoes of City firm Fieldfisher last year setting up a separate practice with lower overheads to attract hedge fund clients who could not afford its fees.