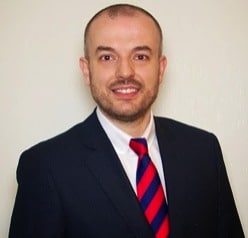 An unprecedented wave of specialist criminal law solicitors is set to converge on Chancery Lane tomorrow, when the special general meeting (SGM) to debate a motion of no confidence in the Law Society’s handling of government legal aid reforms is held.

The number of solicitors pre-registered to attend Tuesday’s SGM has topped 600 and the final total is expected to be considerably higher, since registration can take place on the day.

A secret ballot will be held; the society has brought in electronic voting equipment supervised by Electoral Reform Services, a spokeswoman confirmed.

A last-minute attempt at mediation between the two parties broke down last week amid some acrimony. But the leader of the petitioners said that if the motion of no confidence was carried, he would not pursue a postal ballot of the whole membership.

Meanwhile, a representative of young solicitors said her members were looking 10 or 20 years in the future and expressed concern that weakening the Law Society could be damaging for other specialist areas of law.

All sides were united in opposing a 17.5% cut in criminal legal aid fees by 2015 and other changes, such as a national flat rate for police station attendance with no escape mechanism. Where those who requisitioned the SGM – led by Liverpool practitioner James Parry – have differed is on the society’s willingness to reach a deal with the government, which in the summer resulted in concessions that included price competitive tendering (PCT) being dropped and the restoration of client choice.

A council member said the SGM would lead the society to re-examine rules which allowed a minimum 100 members signing a petition to challenge decisions taken by the elected council on behalf of more than 160,000 members.

Speaking to Legal Futures on Friday, Mr Parry again complained that the 10.30am start time of the SGM disadvantaged his supporters – particular those from the north – but was confident the motion’s backers would turn up in their “hundreds” on the day. He said his side could not be accused of refusing to engage with the Law Society, and that he also supported engagement with the government on the reforms, but from a different starting point.

“Where [the Law Society] are wrong is in the fact that… if they had understood the mood of the profession, in my view what they should have done is to have said to people like the CLSA, the LCCSA, the Bar Council and others ‘look, let us set up a united front against the government… and let us put forward the alternative case that [the reforms] will not work’”.

He said recent events within the criminal justice system supported the argument – such as the debacles over the tagging of criminals and over interpreters’ contracts, adding: “If [the society] had… been open and transparent with their membership, it seems to me they wouldn’t be in the pickle that they now find themselves.”

He also objected to what he called “briefing against me” by high-profile Law Society supporters “in the midst of mediation”.

But he had no plans to seek a postal ballot of the membership – which under the constitution requires only 25 of those present to call for it. “I think if we win in the room that would be enough, because then the resolution is carried. I wouldn’t put the Law Society to additional expense; I think they should take the message home,” said Mr Parry.

Keith Etherington, the council member for civil litigation, told Legal Futures that the society represented a wide range of firms, large and small, and that the issue had been thoroughly debated.

It was “ridiculous” to suggest the society should have refused to negotiate with the government, he said: “We lawyers know that you get the best for your client in a negotiation setting. If there is no negotiation, if there is no discussion, you get nothing and you achieve nothing.”

The SGM would “trigger” discussion on whether the rules on calling an SGM by just 100 members should be changed, he predicted. He added that the society persuading the government to “turn around” on PCT had been a success “we should be cheering”, and expressed frustration at the way it had been presented in the legal press.

Council member Sundeep Bhatia, a sole practitioner and one of three representatives of ethnic minorities, who has confirmed he would vote against the motion at the SGM, said he and other BME solicitors would be badly affected by the legal aid fee cuts and that he hoped that by forming “loose consortia”, small firms would be able to continue to do publicly-funded criminal work.

He said he was not “jumping six feet in the air with joy” at the government’s concessions, but that he would rather the Law Society negotiated on behalf of the whole profession than have “very narrow interest groups” – such as the Big Firms Group of large criminal firms – do the negotiation. “From the start this has been a question of damage limitation,” he said.

Beth Forrester, one of two solicitors representing young lawyers on the Council, said she was worried that if the SGM vote of no confidence succeeded, it would have “a huge impact on the profession”; she highlighted the work the Law Society did on “a huge number of issues”.

She said: “Our membership are not just looking at the impact of the criminal legal aid cuts in the next year or five years, they are looking at whether they will have a viable profession to work in in the next 10 or 20 years – and we wouldn’t want… representation for all solicitors to be jeopardised on one issue.”

Bill Waddington, chairman of the CLSA, stressed the “real enemy is the MoJ” and that he would continue to work with the Law Society “in our quest to persuade the MOJ of the utter futility of its proposals.”

Jonathan Black, the LCCSA’s vice-president, said it was “a matter for the individual” how his members should vote at the SGM and that the association did not “view the [SGM] as the focal point in our campaign against the proposed cuts, which if implemented will decimate the profession”.

A Law Society statement said that at last week’s meeting, the council “expressed its regret at the proposal for a no-confidence motion at the upcoming SGM, but pledged to engage with local law societies and practitioner groups, as well as facilitating the widest possible participation of practitioners, as it continues to lobby the government on these issues”.

The Lord Chancellor, Chris Grayling, is expected to make a final decision on the outcome of the MoJ’s second legal aid consultation in the new year.