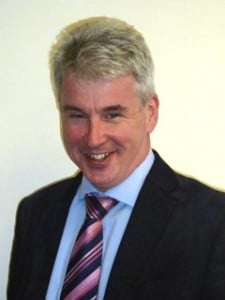 The campaign by a group of criminal law solicitors for a vote of no confidence in the Law Society’s top officials stepped up a gear yesterday when a petition requisitioning a special general meeting (SGM) was handed in to Chancery Lane.

We can reveal that a last-ditch meeting on Thursday between chief executive Des Hudson and the Liverpool solicitor-advocate leading the protest at the way the society has negotiated with the Lord Chancellor over criminal legal aid reforms, failed to reach agreement.

James Parry, a partner at three-partner Parry Welch Lacey, who has been collecting signatures, confirmed the petition had been submitted and acknowledged. He said 118 solicitors had signed it, well above the 100 required to seek an SGM.

Under the rules, the Law Society now has 14 days to convene an SGM, to be held no less than six weeks and more than 10 weeks from the date of requisition.

“I made the point to Mr Hudson that if I don’t do this, there are 117 people that would,” he said, adding that there had been “no movement in the Law Society’s position” at last week’s meeting.

If a motion of no confidence is passed at the SGM, the matter would go to a postal vote of the membership; in any case a postal ballot can be demanded by 20 members or 25% of those present at the SGM, whichever is the less. The quorum for the meeting is 50 members.

The timings give the Law Society some problems as there is no planned council meeting within the period during which the SGM has to be held. Had it been able to hold the SGM on the same day as a council meeting, it would have had dozens of members present to support its position.

Mr Parry said he had been told there was “a real fear” within the Law Society that the process could undermine its relationship with the government.

He said: “I think there would be an awful lot of moral pressure on [Chancery Lane] to do two things; one would be to withdraw whatever agreement it is that they have reached with the Lord Chancellor [or] to resign and say ‘well, you get on with it’ to whoever was prepared to pick up the cudgels’.”

Mr Parry added that he was not putting himself forward to carry on negotiations, but he was willing engage further with the Law Society if required.

Last week Mr Parry published an open letter responding to Mr Hudson’s challenge that he present an alternative position to the Law Society’s. He described as “nonsensical” what he said was the society’s view “that firms undertaking criminal legal aid work should endure an initial cut in funding, presumably by reducing overheads and possibly headcount now, only potentially to have to scale up again to be in a position to tender for a duty contract”.

Mr Parry continued: “The consequences of the failure of a substantial number of suppliers supplying criminal legal aid services will jeopardise the stability of the market and either the government will be forced to substantially increase the rates of remuneration to the survivors or abandon its article 6 commitments to those who cannot afford to be represented in serious criminal proceedings.”

He said that the majority of criminal law practitioners and their representative bodies had shown “wholesale opposition” to the government’s proposals because they recognised “that there is both a political and economic case to be won.” By contrast, the Law Society’s stance appeared “to be one of active appeasement and abject surrender”.

An SGM and a vote of no confidence were necessary, he said. “There is unity of purpose amongst us that the whole of what is proposed must be challenged and defeated if there is a prospect of continuing to provide good-quality defence services to those who need them most. That opposition must not be undermined by impressions of disunity. It follows that the first purpose of a motion of no confidence is to establish beyond doubt that those solicitors who practice criminal law disagree with the Lord Chancellor’s proposals.”

The Law Society’s executive also had to be brought to account, he argued. “It is not right in a democratic society that a representative body should enter into agreements without a mandate from its members and such behaviour must cease.”

The government’s reform proposals would not work and should be opposed on political and financial grounds. He concluded: “The appropriate way forward is to maintain the current system at current rates and to absorb the real term reduction that will be brought about by inflation and to allow the market to adapt through free market principles.”

In the latest exchange of open letters, Mr Hudson told Mr Parry yesterday that this stance was “simply not credible in the circumstances”. He argued that the fragmented network of suppliers is ill-equipped in its present structure to face the challenges that will be imposed on it by an “intransigent” government in the near future, meaning restructuring and consolidation is vital.

Mr Hudson said engagement with the government does not equate to surrender – it is “a strategy, not an objective”. Outright opposition, though it would have been more popular with members, was not the best way to influence the government, he said: “Experience tells us that outsider tactics that include shouting opposition from the sidelines do not work.” The mandate for the society’s position came from its directly elected council, he pointed out.

Stressing that the Law Society did not agree to fee cuts, he described the outcome from this engagement as not perfect but the “best achievable”. Mr Hudson also highlighted how the government’s position had changed since the decision to engage: “client choice retained, price competition shelved, number of contracting areas increased by 50%, timetable extended by nine months, and commitment given to award the maximum possible number of duty contracts compatible with viability as assessed by independent research”.

A Law Society spokesman said: “The Law Society confirms receipt this afternoon of correspondence from Mr James Parry, a member of the society, including a petition for a special general meeting of the Law Society. Practical arrangements will now be put in place for an SGM, according to the rules set out in the Law Society constitution.”