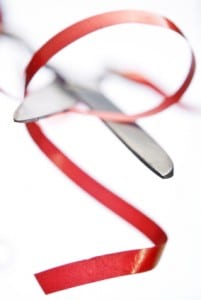 Much of the red tape around the training of solicitors would be swept away if proposals before the Solicitors Regulation Authority (SRA) are adopted, including abandoning a ceiling on the number of trainees firms are allowed to take on.

The move may lead to an increase in the number of contracts, it is argued.

The proposals, which will be considered by the SRA’s board at a meeting in London today and then consulted upon, represent part of a radical shift in the SRA’s approach to education and training towards an outcomes focus, and would slash regulations that are not considered to be in the public interest.

Proposals include removing restrictions on how many trainees a firm may train, and how many practising certificates a training principal must have in order to hold the role.

According to a paper presented to the SRA’s board, the logic behind the current regulation was to limit the ratio of trainees to partners and senior solicitors, and ensure adequate supervision for trainees.

At present training principals must have a current certificate and have held four previous ones.

Backing the abolition, the SRA said it received a large number of applications for waivers, almost all of which were granted. “These are restrictive requirements which create artificial barriers and unnecessary bureaucracy.”

New regulations would introduce a new concept of “authorised training provider”, who would be responsible for meeting training standards. “We believe that removing unnecessary restrictions and focusing on the quality of training will have no negative impacts, and could possibly encourage firms to offer more training contracts,” said the paper.

Another proposal would remove the requirement for training to take place under the terms of a contract specified by the SRA, although the two-year duration and the broad sweep of the content would remain.

Instead, a period of “recognised training” would take place, which could be ended without the SRA’s permission. The change would bring an end to the contractual and dispute resolution issues associated with the current training contract.

But the SRA admitted this could also put vulnerable trainees at a disadvantage: “We acknowledge that moving our requirements in relation to the training contract from the terms of the contract into our training regulations affects the trainee’s contractual remedies against their employer…

“An alternative approach would therefore be to require training providers to… give trainees an express contractual remedy against their employer should these be breached.”

A further proposal would remove the requirement for student enrolment, before a legal practice course or training contract could begin. The SRA said that although enrolment enabled “an early check on someone’s character and suitability to enter the profession”, only a small proportion of students raised an issue and then only a small proportion of that number were rejected.

“We believe there is therefore a more targeted, proportionate and efficient way of identifying character and suitability issues,” the SRA said, noting that “there is still a requirement to disclose character and suitability issues at the point of admission and we will treat any failure to disclose when required as prima facie evidence of dishonesty”.

The authority said its vision was: “To remove, curtail or simplify regulations and processes which are not demonstrably in the public interest, impeding both those we regulate and our ability to focus on the issues that really matter. This will only be achieved when our regulations contain no more than what is necessary – and what is unnecessary is taken away.”