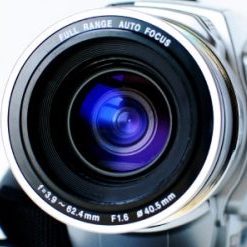 Surveillance: Intention was to be covert

The High Court has refused to strike out claims of harassment brought by a solicitor and his wife over surveillance of them carried out at the instruction of a former client.

Richard Spearman QC, sitting as a High Court judge, dismissed the argument that his ruling would “sound the death knell” for legitimate surveillance activities.

Neil Gerrard, a partner in the London office of Dechert, and his wife Elizabeth are bringing claims for breaches of data protection law, misuse of private information, harassment, and trespass arising from surveillance activities carried out on behalf of Eurasian Natural Resources Corporation (ENRC) by various persons, including Diligence International.

The proceedings form part of high-profile and long-running litigation between Mr Gerrard and ENRC, for which he acted first at DLA Piper and then Dechert between 2010 and 2013 to investigate a number of ENRC’s subsidiaries.

In Commercial Court proceedings issued in 2017, ENRC claimed damages for breach of fiduciary duty and negligence, alleging that Mr Gerrard encouraged the Serious Fraud Office (SFO) to intervene in the investigation so as to expand the scope of that firm’s retainer and thus his own ability to generate fees. The fees ultimately topped £16m.

ENRC accused him also of leaking confidential and privileged material to both the media and the SFO.

Last year, ENRC brought further proceedings in the Chancery Division against the director of the SFO for inducing Dechert to breach its contract with the company.

Mr and Mrs Gerrard began proceedings last year claiming that ENRC has been unlawfully seeking to obtain personal information about him since at least December 2013, and conducting surveillance from at least 2014, with Diligence brought on board to provide intelligence and surveillance services since 2017.

In response to an application for an injunction, ENRC and Diligence undertook not to use any information obtained via the surveillance and from carrying out any further monitoring.

The judge recounted that ENRC and Diligence’s defences were that the surveillance was part of an investigation into Mr Gerrard’s wrongdoing for the purposes of both the Commercial Court and Chancery proceedings, and that the instructions provided to Diligence and the documents produced in respect of the investigation were for the dominant purpose of the litigation and thus subject to litigation privilege.

Further, they argued that the surveillance was reasonable and necessary in pursuit of the legitimate aim of investigating and preventing the wrongdoing, with surveillance not calculated to be, and was not, harassing of Mr or Mrs Gerrard, and was reasonable in light of this aim.

In the latest hearing, ENRC and Diligence sought to strike out Mr and Mrs Gerrard’s claim for harassment, saying that to succeed the couple would have to show the surveillance was calculated to cause distress to them – when in fact it had been covert.

Saying he was not persuaded that the claim had no real prospect of success, Mr Spearman ruled that, “once the victim learns of conduct which, objectively, constitutes harassment, I consider that it is no answer for the perpetrator to say that the perpetrator hoped or intended or planned that the victim would not find it out”.

In any case, he pointed to several activities which were actually discovered by the couple, such as being followed, tracking devices on Mr Gerrard’s car, and attempted surveillance on holiday and at work.

The judge added: “The argument that the claim of Mr and Mrs Gerrard cannot have any real prospect of success because to accede to it would sound the death knell for surveillance activities which are legitimate and even necessary is also exaggerated and without foundation…

“It seems to me that the courts plainly recognise that in this context, as in many others, it is necessary to carry out a balancing exercise between competing rights and interests. Precisely how the balance falls to be struck in any particular case typically depends on an intense focus on the facts…

“There is, in my view, no reason whatsoever to conclude that because surveillance is properly to be regarded as impermissible or inappropriate (or permissible and appropriate) in one case that the same outcome will apply in another.”

The defendants also claimed litigation privilege in respect of the surveillance and other activities, but Mr Spearman said this was premature, as disclosure had not yet taken place and so there were no specific claims to privilege over any specific documents.

Further, it would amount to a mini-trial – without any relevant evidence – of questions of privilege which were to be determined at trial and in relation to which ENRC and Diligence bore the burden of proof.