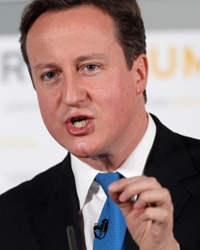 The government is planning to slash unnecessary red tape around the regulation of legal services, it has emerged.

The Red Tape Challenge (RTC) – a government-wide initiative to cut the 21,000 regulations currently in force in the UK – will spotlight legal services in June; other issues likely to be in focus include claims management, but legal aid will be off the agenda.

The RTC is a public consultation exercise through a website launched by Prime Minister David Cameron last year. As of January 2012, the government has agreed to scrap or improve over 50% of the 1,200 regulations reviewed so far.

Once it has gathered in views on a particular topic, a ministerial ‘star chamber’ has three months to decide which regulations it wants to keep and why, with a default presumption that burdensome regulations will go. “If ministers want to keep them, they have to make a very good case for them to stay,” the RTC website says.

Any proposals are then ‘sanity tested’ by a panel of representatives from affected areas.

A Ministry of Justice (MoJ) spokeswoman said: “Our themes are likely to be linked to legal services regulation, linking in with the triennial review [of the Legal Services Board and Legal Ombudsman] and other consultations – such as on bailiffs – although we are still working with stakeholders to thrash out the detail.”

Legal Futures understands that other areas of debate could include criminal justice and data protection. The MoJ is seeking ‘sector champions’ to promote and lead the discussion. However, MoJ officials have reportedly emphasised that issues around legal aid and civil fees are out of bounds as they are being dealt with by the Legal Aid, Sentencing and Punishment of Offenders Bill.