Government kicks off review of LSB and Legal Ombudsman's roles 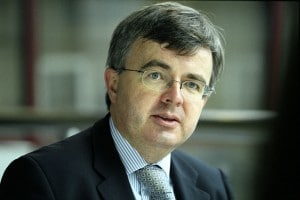 The government review of the “continuing need for the functions and the form” of the Legal Services Board (LSB) and Office for Legal Complaints (OLC) formally began yesterday with a call for evidence.

The triennial review of the two bodies – part of the coalition’s attack on the “quango state” – should take between three and six months. As we reported in December, they are among the first bodies subject to such a review.

Though the OLC – which oversees the Legal Ombudsman (LeO) service – is not a non-department public body (NDPB), its links with the LSB and place in “the regulatory sphere of legal services” meant the Ministry of Justice decided to review its role too. The pair will be subject to individual reviews carried out in parallel. The Legal Services Consumer Panel’s role will be considered as part of the LSB review.

The Ministry of Justice said: “As custodians of the public purse, whether paid by the professions or directly from public funds, it is important that we deliver an efficient and effective service to the public. The periodic review of our NDPBs is one of the ways that the government intends to ensure that we maintain a lean, but effective public sector.”

A triennial review is a Cabinet Office mandated process for reviewing NDPBs with two principal aims: “To provide a robust challenge of the continuing need for individual NDPBs – both their functions and their form; and, wh

ere it is agreed that a particular body should remain as an NDPB, to review the control and governance arrangements in place to ensure that the public body is complying with recognised principles of good corporate governance.”

The review team is now seeking evidence from a wide range of bodies and said it would “particularly welcome hearing from users of the LSB and the OLC”.

Legal Services Board chief executive Chris Kenny said: “We are working with the Ministry of Justice to make sure that the triennial review process gets all the inputs needed for findings to be as thorough and wide-ranging as possible. We encourage all individuals and bodies with an interest in legal services regulation to contribute their views.”

Meanwhile, the consumer panel has strongly backed to introduce a voluntary jurisdiction that would allow it to accept complaints beyond its current scope, initially about members of certain will-writing bodies.

While the panel said it would “ideally like to see mandatory redress for all legal services”, voluntary jurisdiction would be “a helpful alternative or stopgap en route to regulation”. Its response to LeO’s draft business plan explained: “The value of this is being shown in the area of will-writing; it will be a long time before regulation can be introduced (due to constraints imposed by the Legal Services Act) but a voluntary jurisdiction would at least give consumers the opportunity to access some after-the-event redress sooner.”

The panel said it also welcomed moves to bring claims management activities within the scheme’s jurisdiction. “It is odd for the regulator to act as both the rule-maker and complaints-handler,” it said, adding that unlike LeO, the claims management regulator cannot require firms to pay compensation.