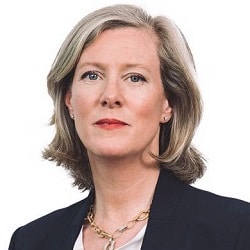 Campbell: The GC is not just another individual within the company

A proposal that in-house legal departments should be regulated as a separate regulated business unit within their organisations have been broadly welcomed by senior company lawyers.

The idea is aimed at cementing the lawyers’ independence, and the general counsel (GC) of a leading energy company told a roundtable convened to discuss it that she regularly warned her team that “today might be the day when you have to walk out the door”.

The idea was put forward by Professor Stephen Mayson in his review of regulation in June, which recommended moving away from regulating lawyers to legal services, under the auspices of a single regulator.

He wrote: “An in-house legal department should be capable, for regulatory purposes, of being registered as a distinct business unit, so that the department’s delivery of legal services would be subject to the same regulatory obligations as any other registered provider.”

He acknowledged the “tension” inherent in the role of solicitors employed by the organisation they advise, and said GCs “should not be at risk of dismissal or disadvantage simply for observing their professional obligations” and sounding alarm bells.

In-house lawyers could be protected by “express conditions in their employment contract, and a direct reporting line to the board or to the chairman or senior non-executive director”.

The recommendation was discussed earlier this month by a high-powered virtual roundtable convened by behavioural change consultant Ciarán Fenton, who runs a leadership forum.

Justine Campbell, group GC and company secretary of Centrica, said much depended on the quality of the board members.

She agreed that GCs should have independent access to the board and directors – it was important there was a culture in which the company leadership welcomed “a challenging voice in the room”.

Ms Campbell believed it was important that GCs experienced a “safe environment… where challenging thoughts are actually sought rather than just tolerated” – people needed to be reminded that the GC was not just another individual in the company but instead a solicitor advising the board.

She said she told herself and her team on a regular basis that “today might be the day when you have to walk out the door, and you never forget that”.

Having a separate regulated unit would emphasise the separation of lawyers in the organisation – there were “significant advantages” and Ms Campbell added that lawyers also needed better training on ethics and communication.

A former GC, Jenifer Swallow director of Lawtech UK, an industry led, government-backed initiative to promote the use of technology in the law, agreed, saying problems of pressure on GCs arose particularly in “younger companies focused mainly on growth”.

She supported Professor Mayson’s ‘signalling’ approach, in which regulation would be applied to help organisations recognise in-house lawyers had broader duties and accountability beyond those of ordinary employees.

Ms Swallow also backed detailed guidelines published last year to boost the roles of, and relationships between, in-house lawyers and non-executive directors to help improve corporate governance. She said they were “easy to implement”.

Victoria Parry, a partner and head of employment at Osborne Clarke, echoed the call for chief executives to welcome challenging opinions and have lawyers around the boardroom table with the “backbone to speak out ”.

She added that external law firms had a big part play and that it was “not okay for an external firm not to be brave and challenging” although she acknowledged that to some extent this depended on “the calibre of the GCs [and the] mood of the board”.

It was also important that GCs were paid properly and that “their fate is not in variable remuneration” – meaning that in such situations their income was dependent on the whim of day-to-day managers.

Ronan Dunne, executive vice-president and chief executive of the consumer group of US-based telecoms giant Verizon – which employs hundreds of in-house lawyers – said their position had to be seen as part of “a more general debate about the role of the corporation in society”, which meant behaviours that had been normal in boardrooms in the past were being exposed to change.

The ”traditional model” of “male, pale and stale” where “people who knew each other served on each other’s boards”. He added: “We have a generation coming into the workplace who simply will not put up with that type of environment.”