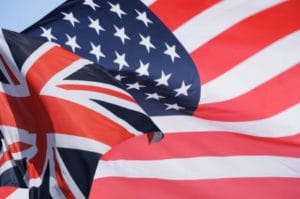 Split time: partner spent most of his time in the US

The High Court has rejected a challenge by two lawyers to an intervention into a south London law firm which was accused by a judge last year of making “largely dishonest” claims for unpaid fees.

Mr Coker, the firm’s COFA at the relevant time, is a registered foreign lawyer and mainly based in the US.

The regulator closed down the firm in February 2017 on the grounds that there was reason to suspect rule breaches and dishonesty.

It was this and a related case that was at the heart of the intervention, and in a particular the firm’s decision to take £130,000 that was in its client account as a deposit received on behalf of Mr Alade on a property transaction that eventually failed, and move it to office account.

This was to pay the costs the firm said Mr Alade owed from the property transaction and a previous matter.

It was the costs claim which Mr Rosen subsequently dismissed.

His Honour Judge Klein, sitting as a High Court judge, said Alpha had “apparently” lodged an application at the European Court of Human Rights challenging the original ruling.

Dismissing their challenge to the intervention, Judge Klein went through the evidence in detail and said the SRA’s adjudication panel was entitled to conclude Ms Inyang had failed to comply with the code of conduct and accounts rules and Mr Coker with the accounts rules.

He did not need to consider whether there had been dishonesty.

He also noted that the Compensation Fund was at risk of having to pay out £130,000 because of the breach.

The judge then moved on to consider whether, on the evidence subsequently available, the intervention should be withdrawn. He found that it should not.

HHJ Klein said he had “real doubts” as to Ms Inyang’s competence, but “much more importantly”, the “clear impression” he had formed is that Ms Inyang was “simply not in control” of the firm’s business when the SRA closed it down.

HHJ Klein said that, if this happened, “on the evidence before me the public and clients would be exposed once more to that real risk and, it may be said, that, thereby, the defendant’s compensation fund might be at risk of having to pay compensation”.

He was also concerned about Ms Inyang’s behaviour after she was notified on Friday 3 February that the intervention would take place on Monday 6 February and that she needed to deliver up all practice documents on that day.

The judge found that, over the weekend, Alpha’s IT system was altered so that the practice accountant could not access the firm’s accounting records, a computer was removed from the office, and the passwords to the email accounts were changed.

“It seems to me that Ms Inyang may have consciously sought to frustrate the requirement for the delivery up of documents.

“Alternatively, taking into account Ms Inyang’s evidence as to the pressure caused by the intervention, it seems to me that Ms Inyang may have acted as she did because she was unable to comprehend what was said about the delivery up of documents in the covering letter she had received on 3 February.”

HHJ Klein said the requirement for delivery up was “clear”, and allowing for the pressure Ms Inyang was under, “any competent solicitor would, in my view, have read the covering letter and understood her obligation to deliver up documents” to the SRA and not to clients.

The judge said he was also troubled by the Ms Inyang’s failure to inform the SRA’s intervention agent about the firm’s off-site storage facility – which was subsequently visited by a representative of the firm to remove files – and said he did not believe a competent solicitor “would have forgotten” about its existence.

In relation to Mr Coker, HHJ Klein said he was “troubled” by the fact that he thought it was acceptable to continue as Alpha’s COFA when he was absent from the UK for long periods of time.

“If the latter is the case, it is troubling that he did not sufficiently inform himself of his duties as COFA as to appreciate that he could not fulfil the role properly during a long-term absence from the UK.”

A further problem was Mr Coker’s claim that Mr Alade was never the firm’s client in relation to the property transaction.

“That claim… was patently untrue,” HHJ Klein said. “Either Mr Coker knew it was untrue but nevertheless consciously made it or, it seems to me on the evidence, he must have made the statement without reviewing the claimants’ papers in the hearing bundle which clearly established that that had never been his case before, nor was it since.”