ABS joint ventures to get around referral fee ban will be fine, SRA says 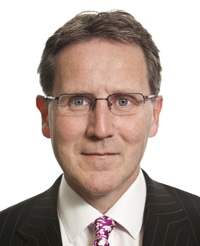 Joint ventures between solicitors and insurance companies as alternative business structures (ABSs) which enables insurers to take in income what they would have received in referral fees will not be caught by the upcoming ban, the Solicitors Regulation Authority (SRA) confirmed last week.

Speaking to the Motor Accident Solicitors Society’s annual conference in Manchester on Friday, SRA executive director for policy Richard Collins observed that even though insurers have been “the most vocal in advocating the ban”, they would still be able to make money out of personal injury referrals.

Such joint ventures will not breach the provisions of the Legal Aid, Sentencing and Punishment of Offenders Act 2012, he told delegates. Similarly claims management companies which convert to ABS status and then handle the legal work will be fine.

Questioned from the floor about fee-sharing between regulated entities, Mr Collins said the SRA has “more work to do” to clarify the situation – agency instructions are being widely touted as one way to get around the ban.

The SRA is also looking at transitional provisions to settle the situation where a referral fee is agreed before the ban comes into force in April 2013, but the payment is not actually due until after.

Mr Collins said the most difficult issue for the SRA will be whether a payment is made for a referral, and emphasised the stance laid out in the recent consultation paper that if it appears to be so, then it will be for the regulated person to prove that it is actually not.

It will be “incredibly difficult” for the SRA to give any definitive ‘safe harbour’ guidance on whether particular arrangements breach the ban, he added.

He indicated that the Financial Services Authority, which will police the ban within its regulated community, was not yet fully engaged, saying it has “bigger issues on its plate”. But by the time the ban comes into force the SRA will have a co-operation agreement with the FSA and Claims Management Regulator.

Mr Collins also said that the SRA had to avoid the situation where law firms cannot adapt to the changes in the market, and put themselves and therefore their clients at risk.