The second in a series of extracts from Climate Change, a report on the impact of the Legal Services Act published by accountants Baker Tilly, looks at the growing role of outsourcing both front and back-office work, and how far it could go 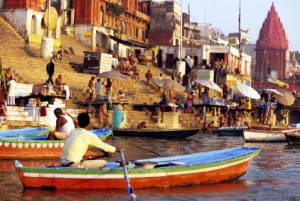 India: will M&A agreements be drafted here in 10 years' time?

Outsourcing is hot in the legal world, with many big firms now doing it to a greater or lesser extent, particularly with back-office services. But it is not the sole preserve of such practices.

A recent snapshot survey by IRN Research of 36 firms with 10 or fewer partners found that just under half of them are outsourcing some non-legal activities (known as business process outsourcing or BPO). IT/software support was the main activity outsourced, with 44% of firms saying they did so. This was followed by accountancy/bookkeeping and recruitment (both 39%), and secretarial support/typing (22%).

But where it is becoming very interesting is in relation to legal process outsourcing (LPO), mainly to India, but also South Africa and the Philippines. Jeremy Hand of Lyceum Capital argues that the logic of outsourcing applies just as much to routine, repetitive legal work – such as document review – as it does to support functions like IT and catering.

As noted earlier in this report, private equity investors are now shifting their gaze from law firms to outsourcing operations – manageable, businesslike and scaleable.

At the moment, LPO providers are confined to supporting others who provide legal services. But they will be major beneficiaries of the Legal Services Act as the focus sharpens on working smarter and more efficiently, and on lawyers providing added-value advice, rather than routine work. Plus it is cheaper.

Kulvinder Reyatt is managing director for Europe and Asia sales at RR Donnelley, which operates LPO and BPO services from India, Sri Lanka and the Philippines. He says the Act is creating an ‘atmosphere’ that is encouraging firms to explore outsourcing. “We’re not trying to take the lawyers’ jobs away from them,” he emphasises. “We are allowing the lawyers to concentrate on what they want to be doing and what they’ve trained to do.” It is not just about cost, he adds, but quality too – there are demanding service-level agreements in place and sophisticated quality-control and monitoring systems.

Moving up the curve

Leah Cooper prefers the term ‘legal services outsourcing’ to LPO as there is more to the work, even though it is low level, than just processing forms.

Though LPO is currently positioned as a support service, either to in-house counsel (in the main) or law firms, Leah Cooper says users’ increasing comfort with it means “we can move up the curve, such as handling more complex research or contracts. Then the client might realise that they don’t need a law firm to do this kind of work.”

Sanjay Kamlani, co-CEO of leading LPO provider Pangea3, says he has met with many of the top UK law firms – often at the behest of their corporate clients – and finds “they’re prepared to have to work with us, but they are doing it defensively”. Firms below the top tier are more open-minded, Kamlani reports, and one City firm has asked Pangea3 to jointly pitch to a top five investment bank. This is “much more compelling to the bank”.

In the same way that some law firms, like Clifford Chance, have set up their own outsourcing captives in India, Sanjay Kamlani can see LPO providers offering direct legal advice in time. “Anything that doesn’t require a physical presence can be done offshore,” he says. “The evolution will occur over a 10-year time span as it did in the software industry. Will there be a time when lawyers in India will be drafting M&A documents? I think there will.”

There are other models. Hogan Lovells has pioneered onshore outsourcing in the UK with its Mexican Wave project, which started as a way to handle routine property work for Prudential. Hogan Lovells carries out the more sophisticated or complex work and manages the outsourcing of routine work to a select group of regional law firms.

Then there is the growing number of ‘virtual’ law firms, groups of experienced solicitors who have stepped away from the traditional law firm model to work either from home or the client’s office, essentially on a freelance basis. A further wrinkle on this is City firm Berwin Leighton Paisner’s (BLP) Lawyers on Demand service, in which clients are offered the use of a pool of freelance lawyers – trained, vetted and supported by the firm – who work directly for clients on matters where it would uneconomic to instruct BLP. BLP has also launched a Managed Legal Service, where companies can effectively outsource all or some of their in-house legal function. Thames Water and Colt are the first clients.

Some LPO/BPO providers have also set up UK bases. Integreon did so in March 2009 after doing a seven-year £50 million outsourcing deal with Bristol-based Osborne Clarke, in which they worked together to create a shared services centre. The aim was to support Osborne Clarke’s, as well as other law firms’, ‘middle office’ needs, including technology and business intelligence services, knowledge and information management, and transcription, secretarial and word processing services.

RR Donnelley already has teams inside various UK law firms, supported by the Asian hubs, and is about to launch a UK shared-services centre for other work which for legal reasons needs to stay onshore but not at the firm itself.

LPO does not have to be the preserve of big law firms, adds Kulvinder Reyatt. There is no reason a small firm could not outsource template-driven contract drafting to India. It can be a “growth channel” for small law firms. “It helps you grow if you can do more work by outsourcing rather than taking people on,” he adds. There is already outsourcing activity in conveyancing and personal injury work.

Small firms in the north-west of England are taking another approach, piloting a collaborative model of shared support services between 10 firms as an alternative to merger or acquisition. The plan is to create a management company, owned by the participating firms and managed independently.

These trends are here to say, believes Michael Bell, managing principal of outsourcing consultancy Fronterion. A recent Fronterion survey – which included half of the top 20 UK firms – revealed a rising interest in onshore and hybrid on/offshore legal outsourcing arrangements. “A rise in interest in onshore and hybrid shore legal outsourcing reflects a maturation in the legal outsourcing competitive landscape and the realisation that, while certain tasks are better performed outside of the traditional legal structure, they are also better performed onshore by domestic legal professionals. These trends are validated by the onshore sourcing strategies of US firm WilmerHale and City practice CMS Cameron McKenna.”

Bell concludes: “The ascent of the onshore legal outsourcing industry may change the shape and structure of traditional law firms from high street to major City firms.”