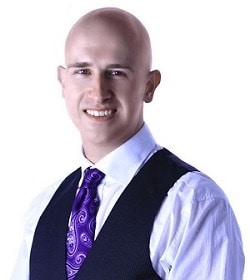 ShenSmith: ABS will be more cost effective than a law firm

A ‘virtual’ chambers that supports direct access work has set up an alternative business structure, as has a niche financial services chambers, which become the second and third to be regulated by the Bar Standards Board (BSB).

The BSB licensed its first ABS, VII Law, a collaboration between a London chambers and football agents, earlier this month.

ShenSmith Barristers, based in Lichfield, provides marketing, administration and clerking services for direct access barristers. It has a small team of four staff, who can refer work to around 3,500 barristers across the country.

Chief executive Daniel ShenSmith said ShenSmith Law had no plans to directly employ solicitors or paralegals and instead would refer work to them on behalf of its clients.

“A lot of solicitors approach us for collaboration. If we need them, we can use them on individual cases.”

He said ShenSmith Law could also obtain funding for its clients from another of the group’s brands, Legal Cost Finance.

“It will look like a modern law firm, but it will be much more cost effective,” Mr ShenSmith said. “I like the model of keeping everything lean, with no ongoing or fixed costs.”

Mr ShenSmith said experience had shown that some direct access clients had lost out by not being able to prepare the trial bundles expected by judges and being treated like litigants in person.

“They’ve had the benefit of advice from a barrister, but not the support of a traditional law firm,” he said. “Direct access clients have jobs and lives to live. They don’t always have the time they need to spend on a case.

“As an ABS, we are able to use solicitors and paralegals as necessary, without huge costs or overheads, and make sure we remain a small and efficient set-up. We can package things very effectively, and achieve results.”

Mr ShenSmith said that being regulated by the BSB meant the ABS could not directly hold client money, but he did not see this as a problem if clients paid fixed fees or in stages.

However, he said he would be approaching BARCO, the Bar Council’s third-party escrow account service.

Mr ShenSmith said although he wanted the ABS to grow organically, it could build up its turnover to several million pounds within a year.

“I know what the possibilities are, but a lot of businesses struggle if they grow too quickly. We could grow this to several million pounds in a very controlled fashion.

“With the ABS model, we have an almost infinite capacity to grow. We can instruct outside counsel as and when we need to. It’s a similar set-up to ShenSmith Barristers, but we retain the client.”

Barrister Dirk van Heck is head of litigation at the ABS and head of legal practice. Shu Shen, the CFO and wife of Mr ShenSmith, is head of finance and administration.

Mr ShenSmith, a martial arts instructor, runs a separate business with his wife that has nothing to do with legal services – SkirtingBoards.com.

Dr Newbold said Minerva Law operated as a “completely separate entity” from the chambers, with Jean Muircroft as head of administration and company secretary. Dr Newbold is both HOLP and HOFA.

She added: “The ABS structure will allow us to work in a more flexible way and to expand our business at a time when the demand for derivatives regulatory reform expertise is unprecedented.”

The BSB licensed its first ABS, VII Law, which was operating as a BSB entity, earlier this month.