Non-lawyers may be gentlemen – but they can’t be officers 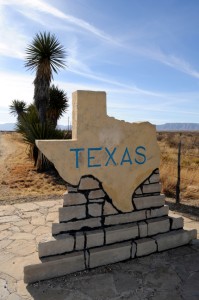 The distance between reform in the UK and US has been shown up starkly by a Texan ethics ruling that prohibits non-lawyers working in law firms to have the word ‘officer’ in their job titles.

It has also stopped bonuses to non-lawyer employees that are contingent upon the firm achieving a specified amount of revenue or profit.

The opinion was issued after a Texas law firm proposed giving non-lawyer professionals the titles ‘chief executive officer’ and ‘chief technology officer’ and to identify them as ‘principals’ in the law firm, as well as giving them bonuses based on firm-wide targets.

Despite the growing practice of giving non-lawyers such titles in US firms, the Texas Bar’s ethics committee ruled that the term ‘officer’ in these circumstances “indicates that the person holding the title has the power to control either the entire law firm (in the case of ‘chief executive officer’) or significant areas of the firm’s operations (in the case of ‘chief technology officer’).

“Use of the term ‘principal’ for non-lawyer employees implies that the employees have an interest in the firm involving control, ownership, or both”.

This is not permitted in Texas, and so to describe them thus would be a “false or misleading communication”.

The bonus plan fell foul of a ban on lawyers sharing or promising to share legal fees with a non-lawyer, the committee said.

The firm could, however, “consider its revenue, expenses, and profit in determining whether to pay bonuses to non-lawyer employees and the amount of such bonuses”.