LeO to review internal guidelines after barrister cleared of misconduct 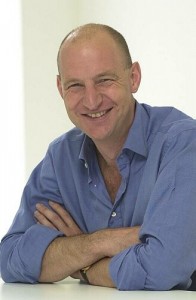 Sampson: general approach that information shared between all parties

The Legal Ombudsman has announced that it will be reviewing its internal guidance after a barrister was cleared of misconduct because LeO failed to share information.

“Our general approach to investigating complaints is to share evidence with all parties concerned and we try to do this at the earliest appropriate opportunity”, chief ombudsman Adam Sampson said.

“The outcome of this tribunal reaffirms the importance of doing so and we will therefore revisit our internal guidance to make sure that any decisions we make about sharing evidence and when to do so are fair in the circumstances of each case.

“In this case the tribunal accepted that the lawyer failed to provide all reasonable assistance to the Legal Ombudsman and in doing so breached his own code of conduct. In that respect our decision to refer the matter to the lawyer’s professional body was correct.”

Mr S rejected a request from LeO to forward evidence relating to a complaint against him from a family law client on the grounds that LeO was refusing to share its evidence until its investigation was over and the findings had been issued.

The Bar disciplinary tribunal said Mr S was in breach of the Bar code of conduct but it did not constitute professional misconduct. The tribunal said it understood why, in the circumstances, “a barrister in the position of Mr S would feel that he was justified in not co-operating with the investigation”.

Mr Sampson said LeO welcomed the tribunal’s observations on evidence-sharing and the the lawyer’s failure to provide reasonable assistance with the investigation.

“We believe that the decision provides an opportunity for the ombudsman and members of the legal profession to learn how we can better work together to resolve complaints.”

LeO referred the matter to the Bar Standards Board (BSB), which brought the charges at the tribunal.

A spokesman for the BSB said: “The panel found that Mr S had, in fact, breached the code of conduct, and that it was in the public interest for the BSB to refer this breach to an independent tribunal, but ultimately the panel ruled that the breach was not grave enough to be considered professional misconduct.”