Judge right to consider “mystery” of who was funding law firm 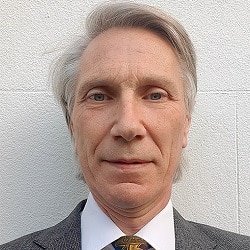 A judge who had “no information at all” as to how the defence of a dormant law firm was being funded was right not to ignore the issue, appeal judges have ruled.

Lord Justice Nugee said Axiom Stone (London) Limited (ASLL) had only £1,100 in assets when it was sued and yet was proposing to incur £200,000 in costs defending itself.

“Where the judge could not understand why either side was proposing to spend large sums on litigation that appeared both futile to bring and senseless to defend, I see nothing wrong in his concluding that he did not have any insight into who was really bearing the costs risks and why,” said Nugee LJ.

“The fact that he had no information at all about who was funding ASLL and on what terms and for what purpose, was in my judgment something that he was in those circumstances entitled to regard as relevant.”

The Court of Appeal heard in Heathfield International LLC v Axiom Stone (London) Ltd and another [2021] EWCA Civ 1242 that ASLL was an English company that formerly operated a solicitor’s practice under the trading name Quality Solicitors Axiom Stone but had ceased operating and was now dormant. Its services included personal injury claims.

US company Heathfield International claimed over £250,000 plus interest from the defendants for the provision of “a large number” of medical reports for use in litigation.

Heathfield made the claims as assignee of Quantum Medical, a company providing medical reports for personal injury claims.

ASLL argued that the second defendant, Medecall Ltd, was the contracting party and not the law firm. The written contract relied on, it submitted, was “a fraudulent contract, and the ostensible signature of ASLL’s director which appears on it is a forgery”.

ASLL applied for security for costs from Heathfield, an application rejected by His Honour Judge Simon Barker QC in June 2020.

Nugee LJ said HHJ Barker refused “primarily because he did not understand how or why ASLL’s defence was being funded” and who would be getting the benefit of any security given.

The lord justice said the firm was given permission to appeal solely on the question of whether HHJ Barker had erred in taking into account ASLL’s funding position.

Having heard counsel for ASLL, Nugee LJ said the Court of Appeal did not need to hear anything more and dismissed the appeal.

ASLL applied for security for costs in January 2020 because Heathfield was based in Delaware and there was “no financial information about it available” and no apparent reason why the claims had been assigned to it, “the inference being that this was done to avoid adverse costs orders”.

Nugee LJ said that at the point at which it was sued, the law firm had no more than £1,100 in assets.

“Yet it is proposing to incur something like £200,000 in defending the action. It can only be risking £1,100 of its own money in doing so for the simple reason that it does not have any more than that.

“Once it has spent the £1,100, any further liability it incurs must be at someone else’s risk, either at the risk of whoever is lending it money or otherwise funding the litigation, or at the risk of its solicitors, or indeed both.”

This justified HHJ Barker’s conclusion that “he had not been given an adequate insight by ASLL (or for that matter by Heathfield) as to how it was really at risk in relation to its own costs”.

Under CPR 25.13(1)(a), a judge could only order security for costs if satisfied that it was just to do so having regard to all the circumstances of the case.

Nugee LJ said: “Since the mystery as to what was really going on (including the mystery as to the funding of ASLL) was one of the circumstances of the case, it seems difficult to say that he should have ignored it as irrelevant; and once he was entitled to take all this into account, I do not think he can be criticised for deciding in the particular circumstances of this case to give weight to it and for concluding that he was not satisfied that it was just to order security.”