Blockchain technology will be “game changer” in conveyancing 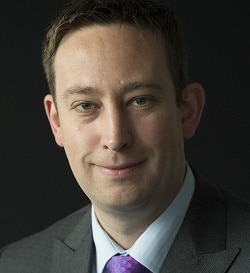 Blockchain-backed ‘smart contracts’ will be a “game changer” in property transactions, increasing certainty for buyers and sellers as well as speeding up the house-buying process, it has been claimed.

Digital contracts – benefiting from the security inherent in the distributed ledger technology (DLT) underlying the bitcoin currency – could have built-in triggers to release funds or exchange contracts on receipt of payment, said Matthew Pennington of Tonic Works, the company behind the QuoteXpress platform, whose chatbot was launched last month.

His comments were made after a fraud-resistant blockchain-based title registration pilot run by Sweden’s land registry claimed success when it closed at the end of March.

In February it was reported that the Republic of Georgia has become the first national government to use blockchain, among other things to validate the registration of land titles and mortgages.

Earlier this month, a two-month consultation by the England & Wales HM Land Registry ended on rule amendments that would pave the way for digital alternatives to paper conveyancing and registration.

If adopted, a Land Registry blockchain ledger could in future cover a range of property-based registries – such as mortgage deeds and environmental data – and enable smart contracts.

For example, a binding smart contract could include an agreement by the seller to transfer the property on receipt of funds, which would automatically be recorded on the Land Registry ledger.

He added that a smart contract could include an option for a seller to pull out of the transaction but doing so would trigger a compensation payment to the buyer, making a collapse of the deal less likely, or at least less impactful on the buyer if it did happen.

He said: “Smart contracts could prevent instances of gazumping and gazundering as well as reduce the number of abortive transactions resulting from people changing their minds, providing greater peace of mind for both buyers and sellers…

“Smart contracts will be a game changer for the way legal contracts are written and executed, and will pervade all areas of law including property.”

Mr Pennington added that other triggers could be layered onto smart contracts, such as “the transfer of a deposit at exchange of contracts, payment of stamp duty land tax, or payment of fees by the buyer to their solicitor”.

Earlier this month, the Financial Conduct Authority published a discussion paper on DLT. It said the technology was likely to provide benefits particularly “in sectors where multiple participants need to share data and/or processes safely, particularly where firms are still reliant on paper-based records”.

According to a report on the Swedish pilot, it resulted in “a secure process for real estate transactions and mortgage deeds”.

Each party to a transaction secured by blockchain had a digital file “representing the agreement of ownership of the real estate, mortgage deeds and the transaction process”.

The pilot showed transactions would be faster, more transparent, cheaper, and more secure, said the report.