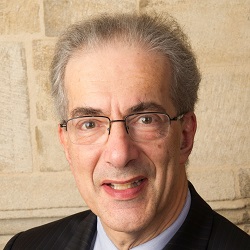 A Court of Appeal judge has deprecated litigators who display their “machismo” but found that a party’s approach to enforce a non-compete covenant went “too far in the opposite direction”.

Lord Justice Bean made the comments while concurring with Lady Justice Laing’s decision to dismiss an appeal in an employment case over the covenant.

Mr Justice Edwin Johnson had refused the applications by facilities management software company Planon to enforce restrictions preventing a former employee from working for a competitor for 12 months, and to require him to disclose his current contract of employment and job description.

On appeal, Laing LJ held that the judge did not apply the right test to the enforceability of the covenant and that he should have found it was more likely than not to be enforceable.

However, by the date of the appeal hearing, the employee had been in his new post for seven months and had only four months of the covenant left to run; this made it “contrary to the balance of convenience for this court to enforce the non-compete covenant now”, as such damage as he might have caused to Planon’s legitimate interests “has already been caused”.

Bean LJ picked up on the issue of delay too. He said: “I would be the last person to encourage the approach of those litigators who fire off several aggressive letters per day, whether seeking to demonstrate their machismo, run up costs or simply batter the opposition into a state of exhaustion.

“But the claimants’ approach in this case seems to me to have gone too far in the opposite direction.”

Planon took almost three weeks to send the letter before action and another month to issue proceedings. By the time of the High Court hearing, the employee had been in his job for over two months.

“The significance of this is not that the claimants deserve censure for proceeding at such a stately pace.

“Rather, it is that if Mr Gilligan’s new job posed as severe a threat to Planon’s protectable trade secrets or customer connection as the claimants sought to argue, the damage would surely have been done in the first few days, and certainly well before the lapse of two months.”

The judge bore in mind the observation of Lord Diplock in the 1975 Cyanamid ruling that, where other factors appeared to be evenly balanced, it was “a counsel of prudence to take such measures as are calculated to preserve the status quo”.

Bean LJ went on: “The judge would in my view have been justified in refusing an interlocutory injunction on this additional ground.”