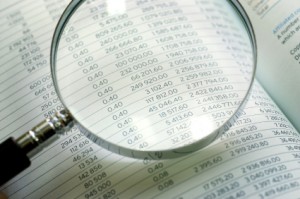 Under scrutiny: are solicitors' accountants doing all they should?

Many accountants are failing both to qualify their reports and to blow the whistle on solicitors’ wrongdoing, the chairman of the Institute of Chartered Accountants of England and Wales’ solicitors group said last week.

Some 35% of accountants’ reports are qualified annually, but Ian Smith, a partner at Ryecroft Glenton, told the group’s annual conference in London said the Solicitors Accounts Rules (SAR) are so intricate that it is “almost impossible not to qualify reports… the fact that only 35% are says that some accountants are not doing their job properly”.

Mr Smith told Legal Futures that he probably produces just one unqualified report a year – as an example of the difficulties, he explained that if the solicitor’s bank fails to put the word ‘client’ in an account name, then the report has to be qualified.

It also emerged that hardly any accountants have blown the whistle on solicitors as they have been required to do since 30 March 2009 (previously the practice was just encouraged). The duty under the SAR kicks in if they discover evidence of fraud or theft, or receives information giving them “reasonable cause to believe is likely to be of material significance” in determining whether a solicitor is a fit and proper person to hold client money.

Solicitors Regulation Authority (SRA) investigations manager John Mercer told the conference he was not aware of a single report having been made – although Mr Smith revealed that he had made one himself. Mr Mercer said “this is probably something where we need to get awareness up”.

Mr Smith agreed on the need for far more education, adding: “If our profession cannot get qualification [of accounts] right, the chances of getting whistleblowing right are far lower.” Mr Smith said the SRA has been reluctant to give accountants more guidance on the circumstances in which they should blow the whistle, despite being pressed to do so by his group.

Mr Mercer told the conference, held at Lord’s cricket ground, that the move towards outcomes-focused regulation is unlikely to impact heavily on the SAR as the current thinking is that prescriptive rules should be retained. However, he said “there are a couple of areas where we can be outcomes-focused”, such who can sign on client account and leaving firms to decide what is a fair and reasonable amount of interest to pass on to clients.

Other changes to the SAR are being considered ahead of the introduction of alternative business structures (ABSs) as part of the SRA’s financial assurance project. One is a way to ensure that a bank cannot have recourse to client account money to satisfy an ABS’s liability. This was prohibited under section 85 of the Solicitors Act 1974 but the provision was not translated into the Legal Services Act 2007. Mr Mercer said the SRA ideally wanted an amendment to the legislation, but an interim proposal is to amend the SAR so that ABSs would need to ensure they have written agreement to this effect with the bank.

Also, if a bank owned an ABS, could it bank with itself? The current thinking is it could so long as the client is fully informed from the outset, Mr Mercer revealed.